Sponsored fighters Craig Dickson and Jordan Coe head back to bonny Scotland this June 27th for the highly anticipated second instalment of the Clydebank Blitz. We saw two Thai Sumalee fighters at the first Blitz last year, but for this event we’re sending back some homegrown talent. This will be the first time both Craig and Jordan have fought since relocating to Thailand and you can be sure they will want to impress infront of a home crowd. 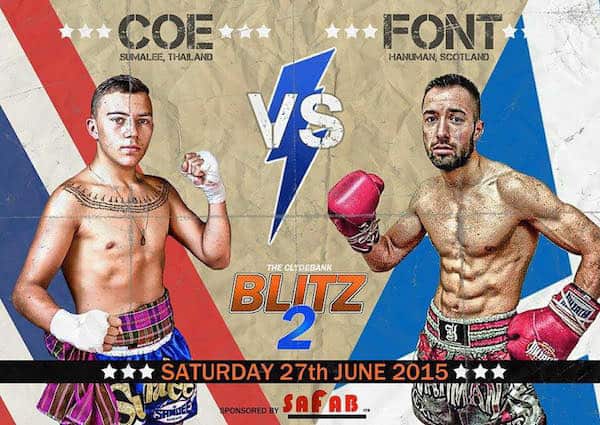 After his original opponent (Mondo Woodcock, SMTC) pulled out of their fight, Jordan Coe has now been matched with Alexis Font from Hanuman Thai Boxing in Edinburgh. Alexis is originally from Borgogne, France and now lives in Scotland. His record is impressive and with the majority of his fights being ended by KO. This will be an interesting match up for Jordan who has been on top form recently, and is currently undefeated in his last four fights, notching up a lot of knockouts of his own. 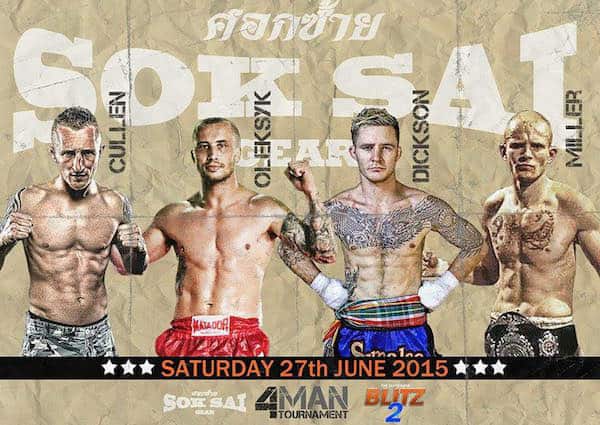 Craig Dickson is set to face some top opponents in the Clydebank 4 man tournament including two proven Scottish fighters, John Cullen and Andrew Miller, and Polish fighter
Wojtek Oleksyk. Craig has been progressing well under the tuition of our trainers, most recently appearing at the prestigious Lumpinee Stadium in Bangkok where he defeated Leroy Vor. Sakhomnrit on points.

In addition to an action packed fight card, Sumalee Boxing Gym will also be offering 2 weeks free training and accommodation as the Grand Prize in the raffle!

Blogpost: Get in Line!! Balancing Your Omega Intake for Optimal Health