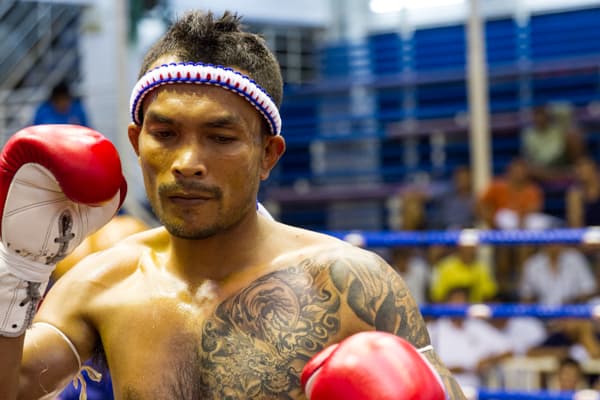 After hearing about Keng’s fight history we were very excited to see him in action. Secondly this was Jordan “Deachkalek” Coe’s 20th professional fight. 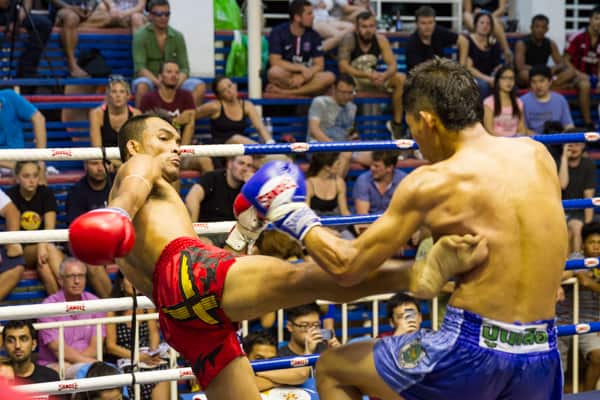 Kaengkla only joined our training team a couple of weeks ago but was keen to fight again after a long break from fighting. Though some nerves were obvious prior to his bout, they soon disappeared when the bell rang. Kaengla showed us a wide range of techniques including some impressive elbows which he was well known for in his prime. He had Kable Sor. Sirinya on the ropes by the third round and a couple of knees forced the referee to call and end to the match by TKO. 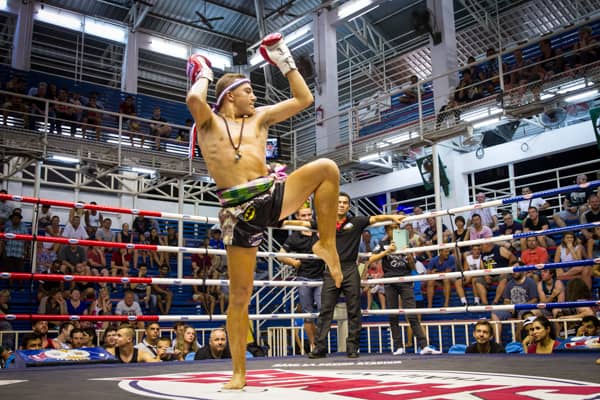 Jordan followed straight after Kaengkla and started his fight with his entertaining pre-fight dance ritual. He coupled this with a beautiful performance of the Wai Khru Ram Muay which went down a treat with some Scottish fans in the crowd. Pinpetch Emerald Muay Thai seemed like a well matched opponent for Jordan going into the third round but a well timed kick to the jaw dazed him, before Jordan claims the KO with an explosive body kick! 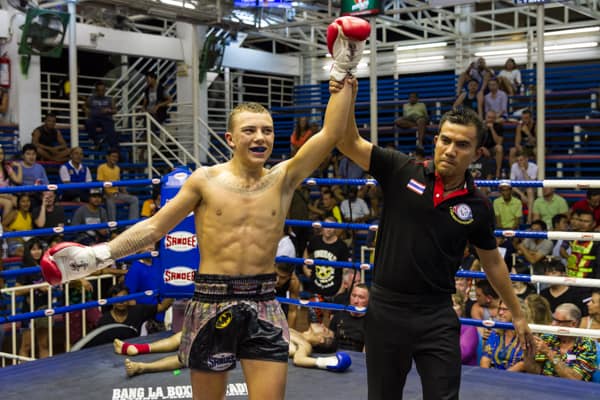