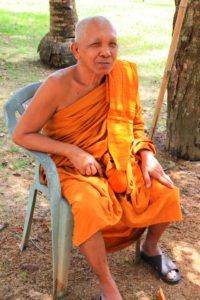 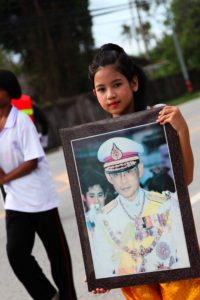 Age (and social rank) provides order within Thai culture. It is important, not least because forms of address are dependent on whether the person you are addressing is older or younger than you. If someone is older, you should address them as ‘Pee’ (followed by their Christian name) and for a younger person as ‘Nong’. When people address me, I prefer to opt for the more age neutral ‘Khun Lynne’. Fortunately, and perhaps because I am a foreigner, most Thais prefer to use this form of address for me.

Almost everything you do or apply for in Thailand requires you to give information about your age. This happens even if age is completely irrelevant to the matter at hand.   For example, when interviewed about my business in Phuket, I am always asked how old I am to set the context. Other more relevant questions such as what is your background, what brought you to this type of business are rarely or, more usually, never asked.

The question about age is always very direct and never disguised by asking, for example, what is your date of birth. Frustratingly too, age is often published in both official and unofficial documents. It appears for all to see on documents like my house contract and my work permit.

But for Thai people age is important not only because it determines the way they address one another but also the way they behave towards each other. Older people command respect whether or not, using our terms of reference, they deserve it. In Thailand it is expected that you respect what an older person has to say.  You must listen and abide by their advice, whether or not you agree with it. Simply because of their age, an older person is regarded as a wiser person. 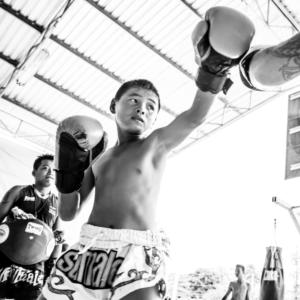 I am not sure of the exact extent to which this unquestionably pervades the social order.   In our Muay Thai Boxing gym in Phuket, however, the age rule impacts heavily on the running of the business.

Sylvie Von Douglas writes endearingly about how it is important to understand age relativity when it comes to forms of address in a Muay Thai gym (https://8limbs.us/muay-thai-camp-experience/guide-muay-thai-gym-etiquette-how-to-be-polite). The influence of the age hierarchy pervades much more deeply than most people who visit gyms are ever aware. In particular it creates problems when promotion has been based on merit rather than age. We were recently made very aware of how not following the age rule can upset the balance when one of our trainers left the gym unexpectedly. He did his work in the morning, packed his bags and then took a bus to Bangkok.

We had recently made some significant changes to our team.   I was feeling optimistic about how the changes would have a positive affect on how the team functioned. So imagine my surprise when I received a phone call from a trainer telling me he was on the bus to Bangkok. As he had not given me notice of his departure, I hesitantly asked ‘when are you coming back?’ He said ‘I am not coming back’. I was perplexed. I had no idea what the problem was so I asked him. The response I received was ‘No problem, I am just not coming back’!

It took me a little time to uncover what had happened.  Thais are usually reluctant to discuss what’s happened between them. They prefer not to say anything.  This avoids causing problems for themselves or for others. Getting to the bottom of what goes on in the gym between the Thais can consequently be difficult.

In this case, however, the Head Trainer was prepared to tell me what had happened. He and the trainer had been discussing which one of them spoke English the best.   The Head Trainer asserted, quite correctly in fact, that he could speak English better because he had been working with foreigners for longer. However, because the Head Trainer was younger than the other trainer he had offended him by asserting his superiority. The subordinate felt the Head Trainer had shown a lack of respect for his age. Without further ado, he went home, packed his bags and boarded a bus for Bangkok.

On this occasion we were able to resolve the situation without too much loss of face on behalf of either trainer. We reassured him that he was an essential member of the team whom we could not do without. Fortunately this was enough to persuade him to return. Indeed it was the truth, he was a very valued member of the team.

I was 4000 thb worse off because I had to pay for his return airfare. It was a sharp reminder of the complexities that operate in Thai society. Being the workplace senior and in the right are not sufficient grounds in Thailand for asserting superiority in anything. In Thailand, unless you are the elder, discussions around who is the more knowledgeable are best avoided!