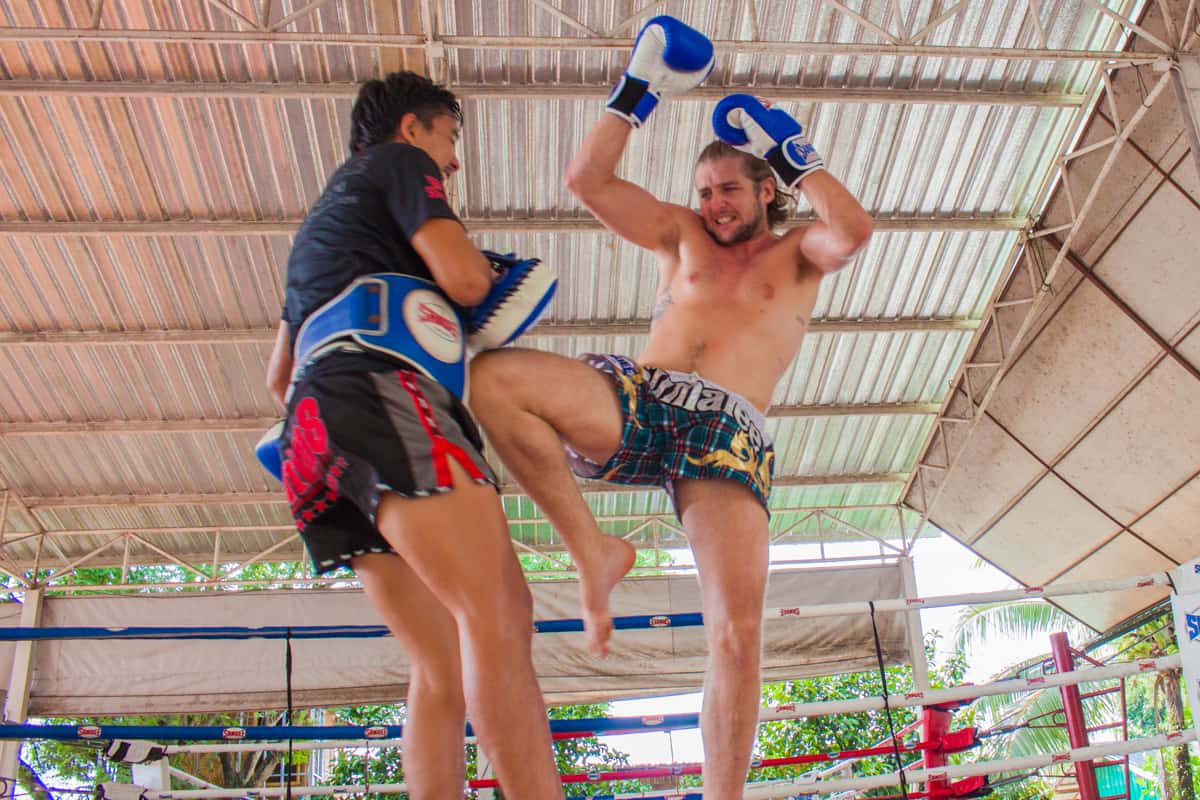 This is the second in a two part blog.  When we opened Sumalee Boxing Gym in 2011 one of our key aims was to encourage a wider cross section of people into training Muay Thai.  We wanted to bring more beginners into the sport.  We also wanted to break down any barriers to participating people might have.  At least 80% of people who train Muay Thai have never fought and nor will they ever do so.  People can enjoy the discipline of Muay Thai without ever entering the ring to fight. 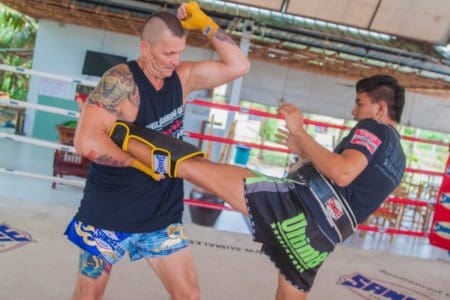 Ron is an American semi retired house dad living in Singapore. He is 60 years of age. Ron has trained various other martial arts over the years. Always keen to learn. He enjoys pushing himself to find his limits and has found training Muay Thai has helped him achieve this, more so than any other Martial Art. He has been training Muay Thai in Singapore for just over a year. He wanted to complete a week of intensive Muay Thai training to see how he would handle it physically. his choice was Sumalee Boxing Gym to see. Although he came into the sport at a late age, Muay Thai has enabled Ron to greatly improve his fighting style along with his endurance and stamina. His experience at Sumalee was very educational, with the trainers teaching him new tricks and tactics to use against the young and athletic ones! After the week of training at Sumalee, Ron was surprised at how good he felt and looks forward to returning for a longer stay next time. 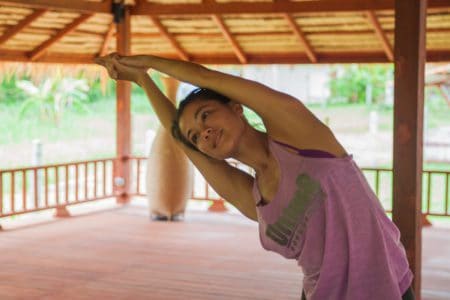 Nikki was here to help us celebrate the opening of the Sumalee Yoga studio. She is an exceptionally talented Yoga teacher and owns Yoga to the People studio in NYC. The mission statement of this studio is to ‘recapture what we consider to be the essence of yoga….simply out, yoga made available to everyone.   This has resonance with us as we aim to do the same with Yoga as we have done with Muay Thai training. Simply put, it is for everyone.  Nikki helped us with a photo shoot to celebrate the opening of the Sumalee Yoga studio. 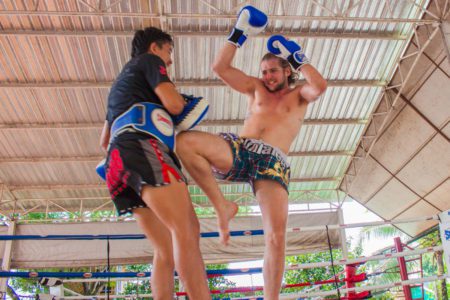 Nick is 25 years old and from Hythe in Hampshire, UK.  He has been at the University of
Surrey studying for last 5 years.   He obtained a Masters in Mechanical Engineering last year.    As part of his degree he spent a year at BAE Systems at the Advanced Technology Unit.  When he graduated in July 2016 he was kept on as PhD researcher.

Nick has always loved travelling and has been backpacking for the last five years.  As soon as he has enough money he goes again.  Most recent spate of travelling before coming to us was in India and Vietnam. He is planning to go Myanmar, China, South Korea, and Japan before returning home.

He has always enjoyed Martial Arts.  He did a year of Muay Thai during his placement year with BAE Systems.  As he hasn’t done any training for a year he took the opportunity of coming to train with us whilst he was in the region.