Trying to break old habits is usually a tall order which Jordan and I found out post weigh-in. Because of the usual cycle of deprivation and dehydration leading up to the time a fighter needs to make weight it can become hard to control the inevitable binge that usually follows. As this was the first time I had worked with Jordan I wanted him to be as happy as possible throughout the whole process. I did not want to be the guy who was telling him he couldn’t have chocolate milk at some point after the weigh and had to eat only chicken and rice at a ratio of 1:4 with a side of broccoli whilst his team mates were chowing down on whatever they wanted! I did offer up my advice to him and there were a few things I got him to do which would only have positive effects on him.

I had prepared the whole team a rehydration drink each which I asked that they consume half of as soon as they got off the scales and sip the rest over the next hour or so. It was a 1 litre bottle comprised of 50% Sponsor (a thai electrolyte drink with a fair amount of glucose in it), 50% water and some added electrolytes for good measure. By just taking on half of it and sipping the rest over the next hour we could ensure that they would actually be absorbing everything rather than urinating it out. The glucose in the drink would get their bodies used to metabolising carbohydrates again whilst also filling up their depleted muscles and livers. The electrolytes would help with rehydration by increasing absorption of the water.

My advice to Jordan was to eat little and often with primarily protein and carbs as his food source. The ratio that I mentioned earlier of 1g of protein to 4g of carbs tends to be recognised as optimal for refuelling muscle glycogen and kickstarting recovery. After that I could do no more and left him and his teammates up to their own devices. Normally it takes 12-24 hours for the body to refuel with glycogen when severely depleted. I am certain that refuelling was complete as the morning of the fight Jordan hit 61kg and that only increased as the day wore on.

My final piece of advice was to aim for a well balanced meal around 12 and 9 hours before the fight comprised of protein fats and carbs then 4 hours pre fight to go for just protein and carbs. That would be his final meal before the battle.

After struggling with a poor run of form over the last few months, it was essential that Jordan seize this opportunity in front of a large audience whilst being broadcast on national television. Jordan was the last fight of the evening and after a solid battle against a worthy opponent he went on to win by unanimous decision. Overall it was a nerve racking for both of us but we stuck to our guns and came out on top. Our task for the future is to work on keeping Jordan at a sustainable weight where he doesn’t have to panic when required to drop down for a fight. It shouldn’t be too hard as he has the right mentality and is dedicated to his sport. Below is the obligatory ‘before & after’ shots for you to see. 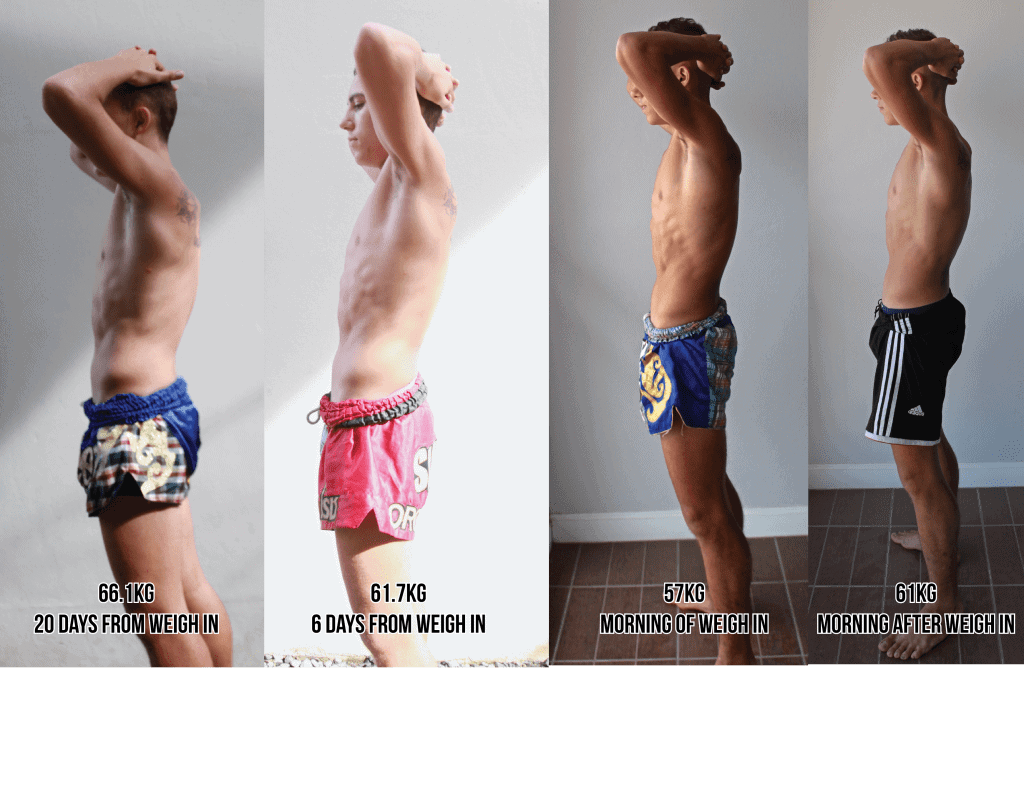 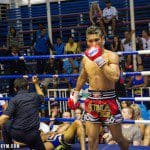