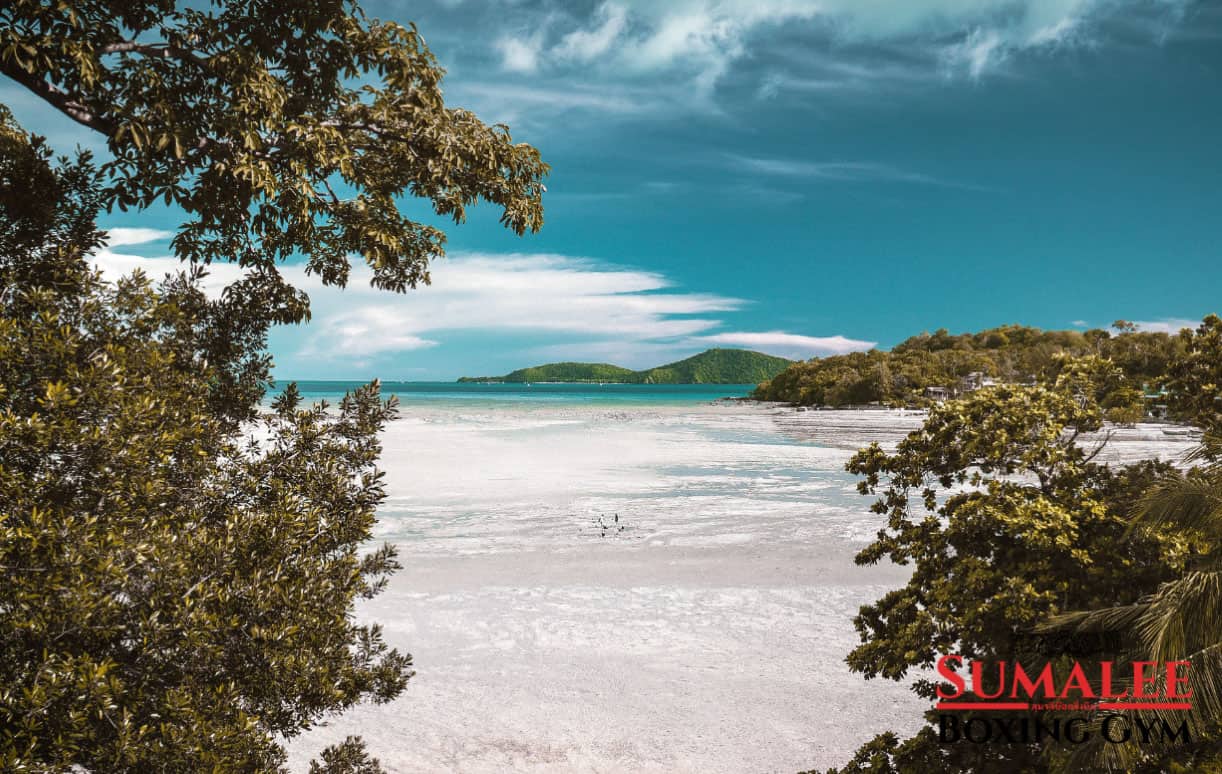 0
0
Phuket, Swimming Safety, Thailand, The Beach, Things to see and do, Travel

Stunning. Spectacular. Dazzling. Beautiful. Breathtaking. Paradise. It doesn’t matter which word you prefer, they all describe the dazzling magic of Phuket. It’s like nowhere else on earth. But of course we would say that about our island home. So instead of telling you that our address is Sumalee Boxing Gym, Sunshine Boulevard, Paradise, here’s what the wonderful people at Lonely Planet have to say about Phuket:

And they’re spot on.

Of all the palm-strewn coastlines on earth, Phuket’s are known to make jaws hit floors the hardest. As Thailand’s largest island, you’re spoiled for choice when it comes to gorgeous, unspoiled beaches. Freedom, Kata, Nai Harn, Ya Nui, Surin, Kamala, Bang Tao, Banana, Karon, Patong. It doesn’t matter whether you want to wear your sustainable swim shorts and party at the most popular beaches, get your heart rate skyrocketing with a bunch of beach activities or find a stretch of sand that’s quiet, serene and almost empty — Phuket has a beach for every kind of beach-lover. But before you pack your favourite swimsuit and quick drying beach towels, there are some serious dangers you need to know about regarding Phuket swimming safety.

Don’t get us wrong, the sea around Phuket is pretty safe most of the year. It’s what makes this island paradise so dreamy, and why running down the white sand beaches and into the warm ocean water feels perfect every time. However, you still need to exercise a whole lotta caution when swimming off the coast of Phuket, especially the west coast, especially during the rainy season (click here for a month-by-month guide to travelling Thailand).

Now, we’re not trying to sound like front page-seeking alarmists that don’t want you to leave the house unless you’re wrapped in a high-vis wetsuit, but a Phuket adventure is only badass and thrilling if you manage to walk (or swim) away from it; otherwise it’s a) really dangerous and b) really stupid, and ignoring this warning would be both.

Every year, people die in the seas off Phuket. And not just one or two. 18 people died while swimming in 2018 alone. That’s why we urge you to take Phuket swimming safety oh-so-seriously.

So, without further ado, and in no particular order, here’s a list of things you need to know before you perform a Baywatch-esque, slow-mo run down the beach and into the seas surrounding Phuket. 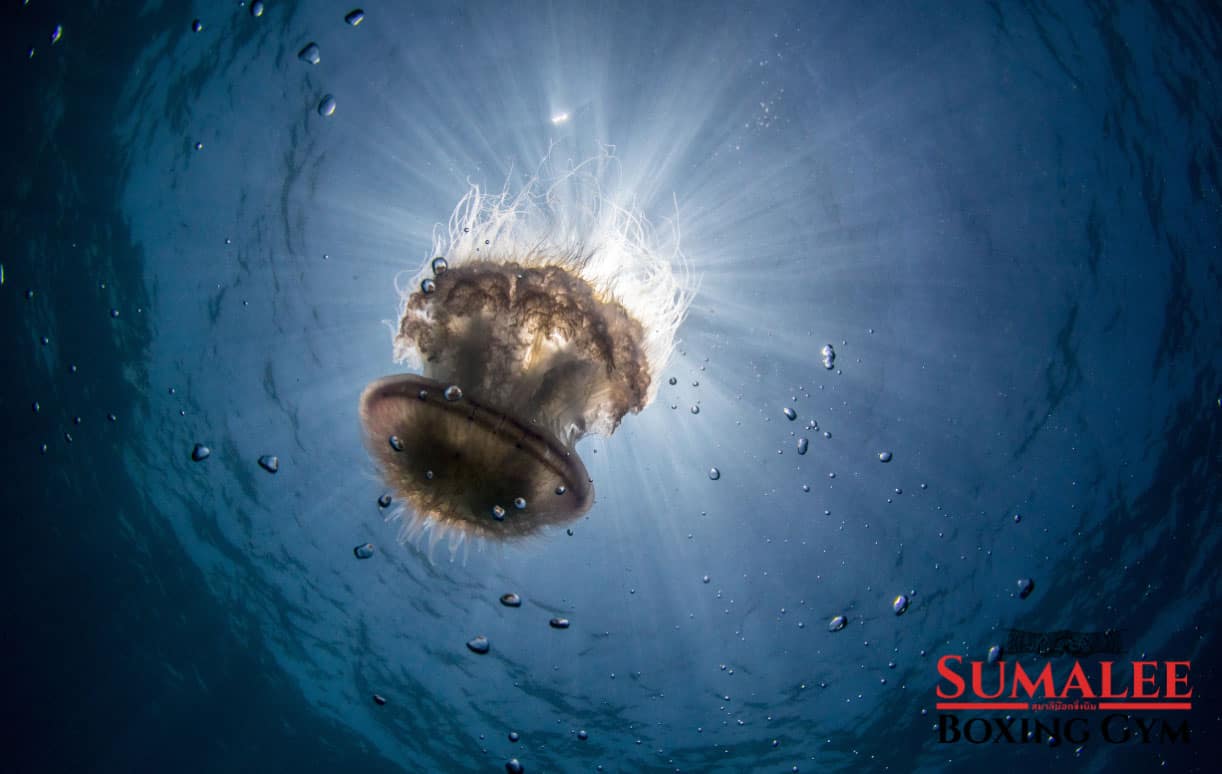 If you’re sat there thinking, “sea creatures – the biggest danger is definitely sea creatures!” you’re right. Sort of. But not really. Yeah, the Andaman sea does contain a smorgasbord of dangerous sea creatures, like sea snakes and lionfish and stonefish and jellyfish and all that. But it’s only really the jellyfish you should be worried about when swimming and, even then, you shouldn’t be overly worried because these weird, stingy globules aren’t much of a problem on the Andaman coast, except in Monsoon season.

The real danger is the sea itself. 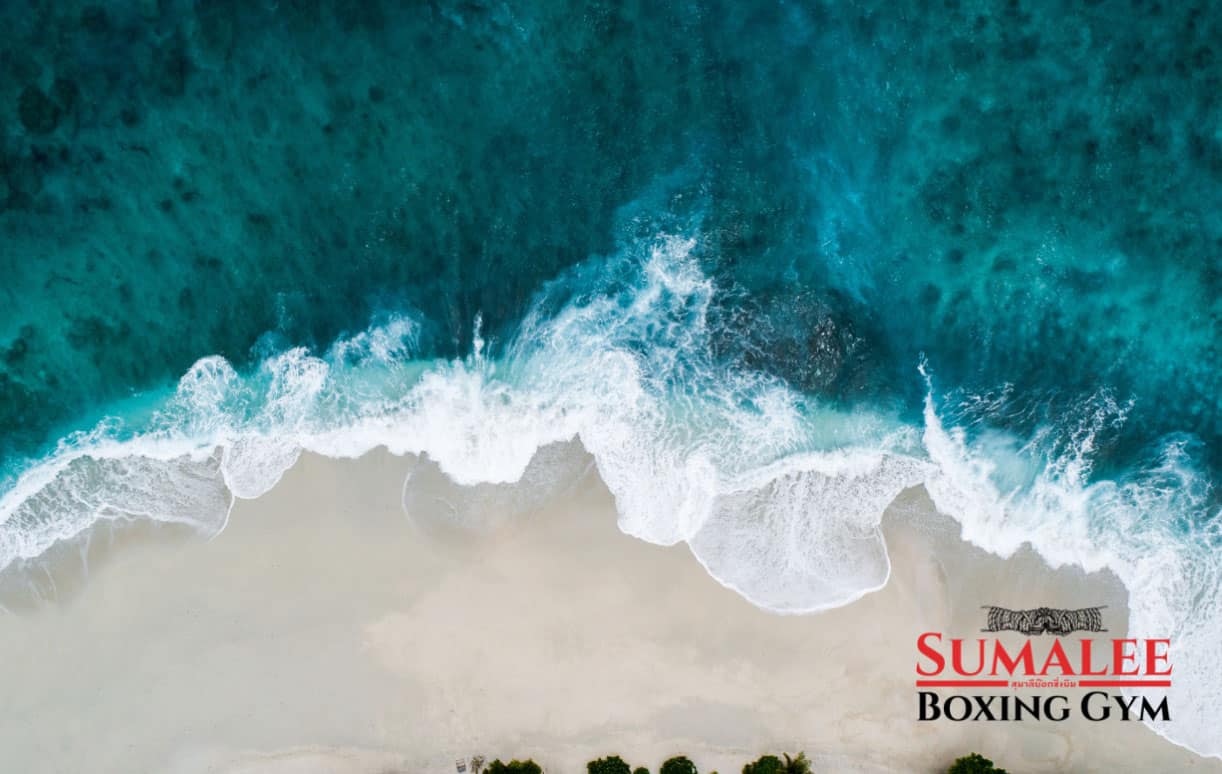 During the rainy season (otherwise known as the Monsoon), from May to October, the sea can get rougher than an ice-road trucker delivering a trailer full of sandpaper. Waves can swell to 5 feet and over with rip currents and these are the sort of strong you don’t want to mess with. It doesn’t matter whether you used to swim for your school or you have popped some orange flippers on your feet, the rip currents in Phuket are the reason dozens of tourists drown during the rainy season each year, not to mention the huge number of people that have to be rescued.

And, as unfortunate as it is, you can’t rely on the lifeguards here. Not because they aren’t great at their jobs (they are!), but because there are currently only two Phuket beaches that have active lifeguards on duty – Kata and Karon. That’s all. That’s what makes the warning flags on each beach so important. No, that’s what makes them lifesavers.

So, if you only remember one piece of advice from this article, make sure it’s this: do not swim in the sea if you see a red warning flag. Period. You won’t just be putting your life at risk, but also the lifeguard and rescue teams trying to save you.

Everything You Need To Know About Rip Currents 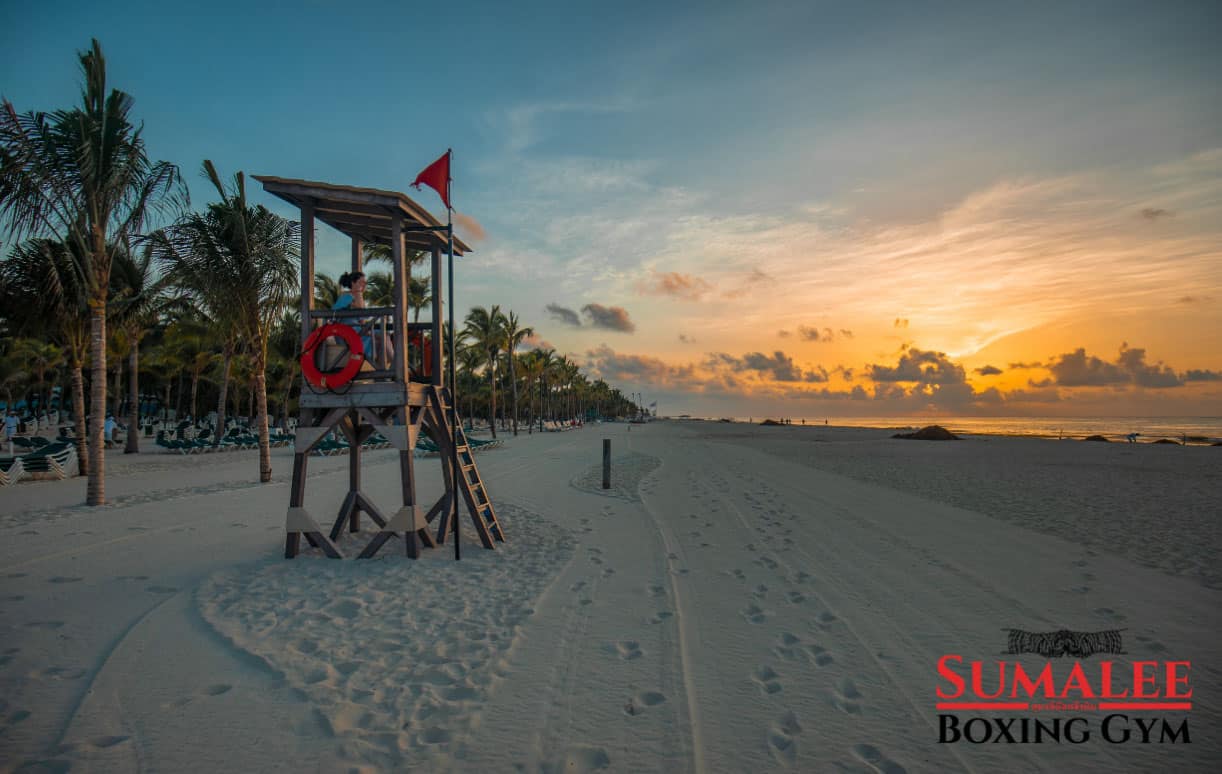 Let’s get straight to the point: rip currents are the ocean’s deadliest trick. And they are lethal. They account for over 80% of all beach rescues around the world (that number is even higher in Phuket) and, more often than not, result in dangerous consequences for both the victim and the rescuers. Forget what you heard about sharks or hurricanes or giant squids, statistics show that rip currents are responsible for more deaths than all of these and are the number-one concern for beach lifeguards.

And, yet, despite this crazy-scary danger, most beach-lovers and sea-dippers don’t know anything about rip currents. They don’t know what causes them, how to spot them and, most importantly, how to survive them should you get caught in one.

So what are rip currents? 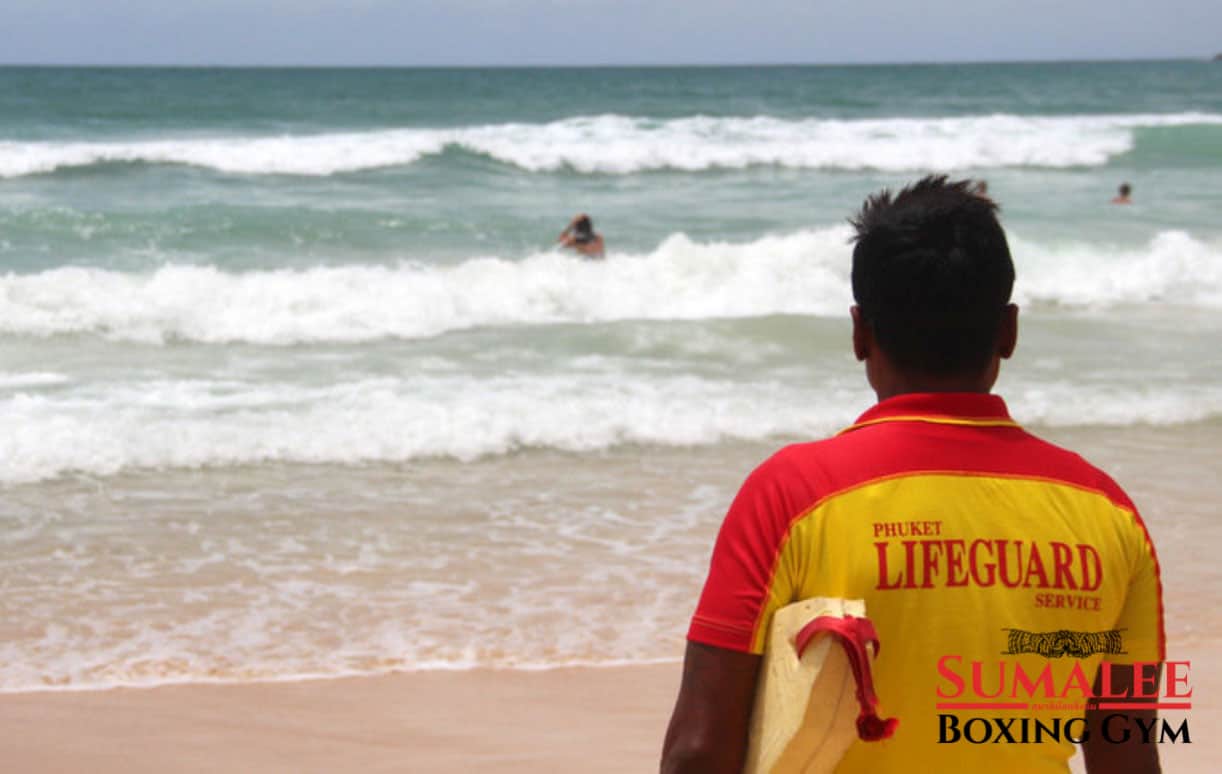 A rip current is a narrow, super-powerful current of water that runs perpendicular to the beach, pulling water back out to the sea at incredible speeds. And while they may stretch as far as 2,500 feet into the ocean, they are usually less than 30 feet wide. What causes them is the shape of the shoreline itself, which is why they are usually sudden and unexpected, pulling you along the surface and straight out into the ocean. And to give their power some kudos, even in shallow water they can knock you off your feet.

What makes them so dangerous? 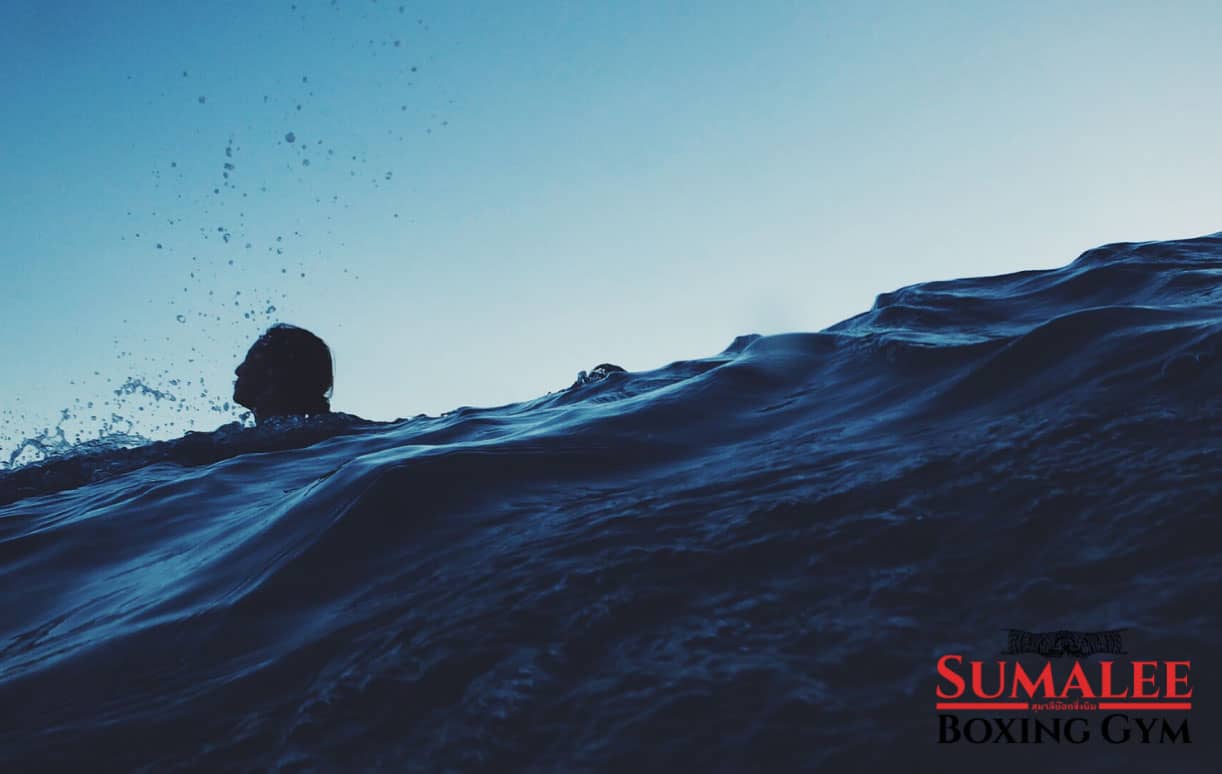 Their subtle power. They don’t boast any big, violent, crashing waves, they simply catch you off guard and drag you out to sea at top speed – and you probably won’t even notice one until you’re right in the middle of it. One minute you’re swimming in the sea with a snorkel in your mouth and a smile on your lips, and the next moment you’re 250 feet into the ocean, thrashing around and panicking.

How do you spot a rip current? 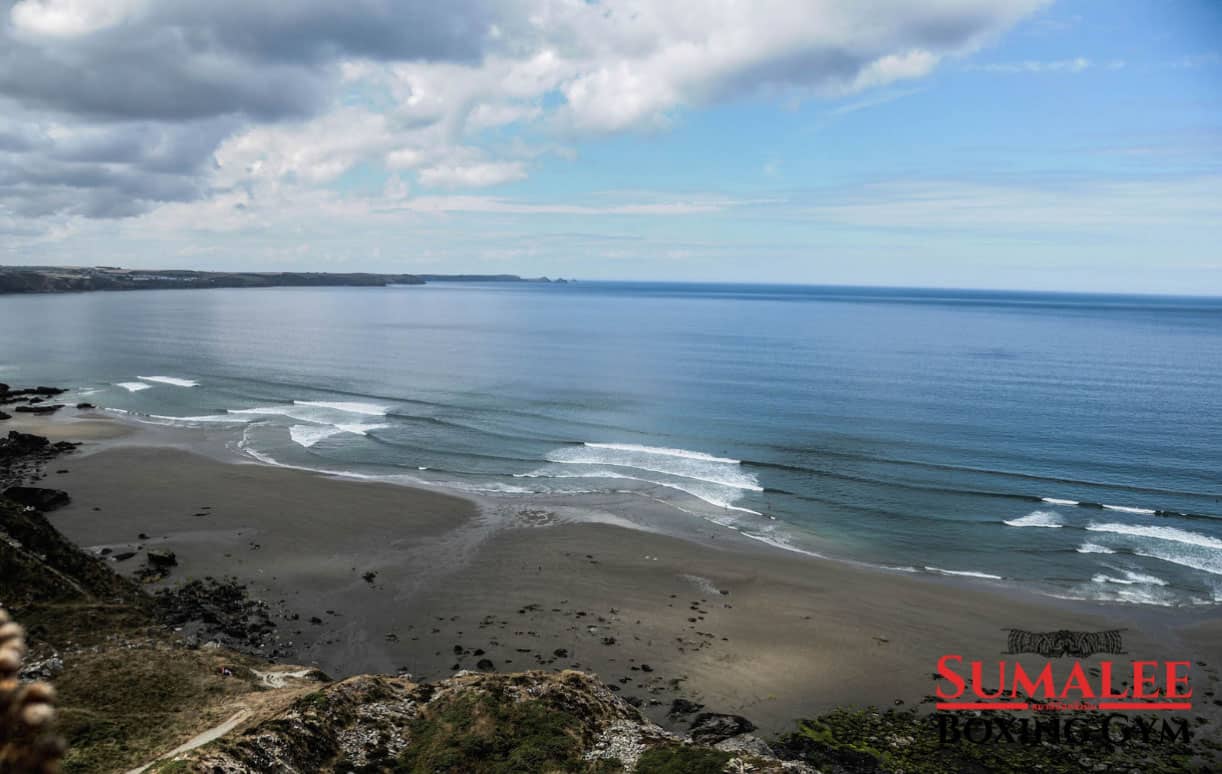 Rip currents tend to be hiding on that stretch of beach that looks safest, where the water is calm and barely any waves are breaking. The reason for this is, rip currents are deep channels of water that flow out to sea, carving out – or finding – a depression on the seafloor, where the water is waaay deeper than it is along the rest of the beach. That’s why you need to look for a lack of waves – the deeper the sea, the fewer waves there will be.

The other way to spot a possible rip current is to take notice of any stretch of beach where the waves are rising and breaking much later than the rest of the shoreline, as this could indicate where the neck of the rip current is.

And, if you want a third way means of spotting this mega-danger, the colour of the water is usually a pretty good indicator. The neck of a rip current is usually a brownish colour caused by it carrying huge amounts of sand seaward.

How to escape a rip current? 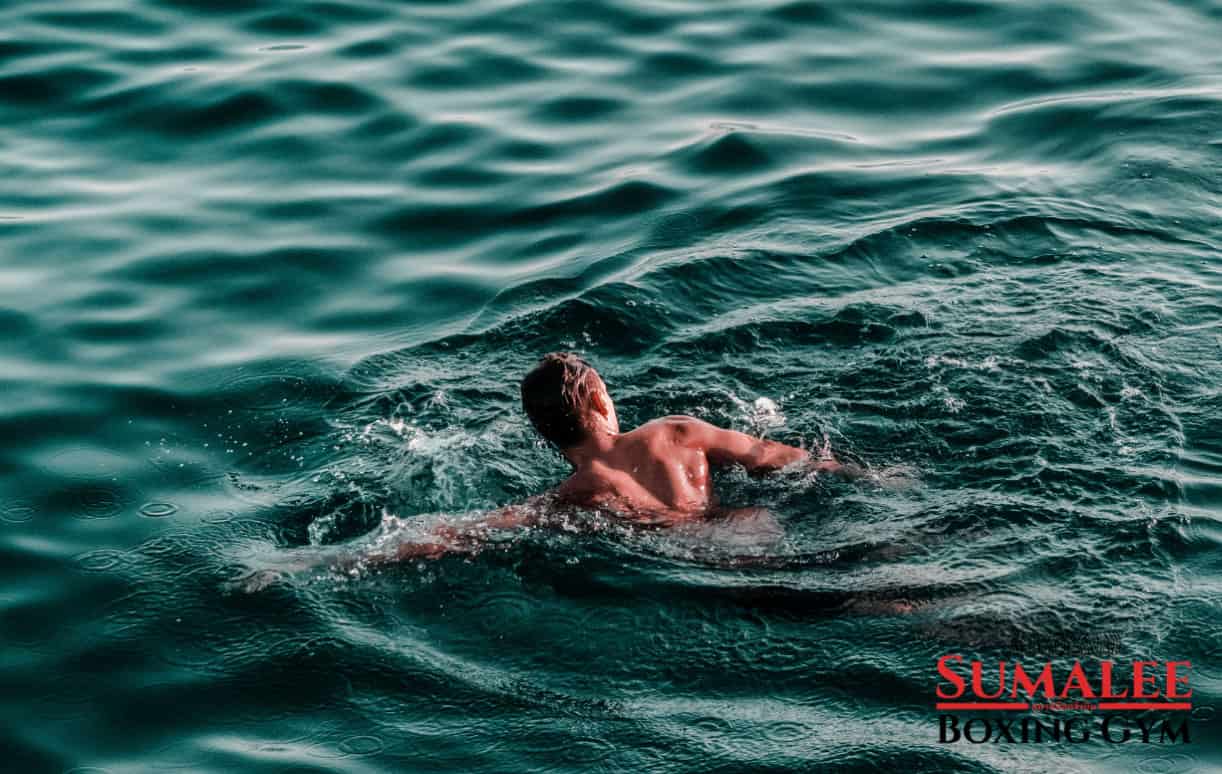 Rule No.1: The most important thing to remember is: do. not. panic. Not only will panicking deplete your energy faster than you can shout for help, it will also cause irrational behaviour. Panicking will cause you to thrash around and become disorientated, and that can lead you to being dragged under. So, if you’re ever caught in a rip current, relax your body and let the current keep you on the surface.

Rule No.2: don’t try and swim against the current in an attempt to get back to the beach. Swimming against a current of this strength will exhaust you – fast – and when you’re muscles are tired, your chances of drowning are massively increased. The best thing you can do is swim sideways, parallel to the shore. This is because rip currents are usually less than 30 feet wide, meaning by swimming left or right you can escape the current. Then, once you are out of the current, swim towards the beach at a 45-degree angle away from the rushing water.

Nama’stay Safe On The Beach 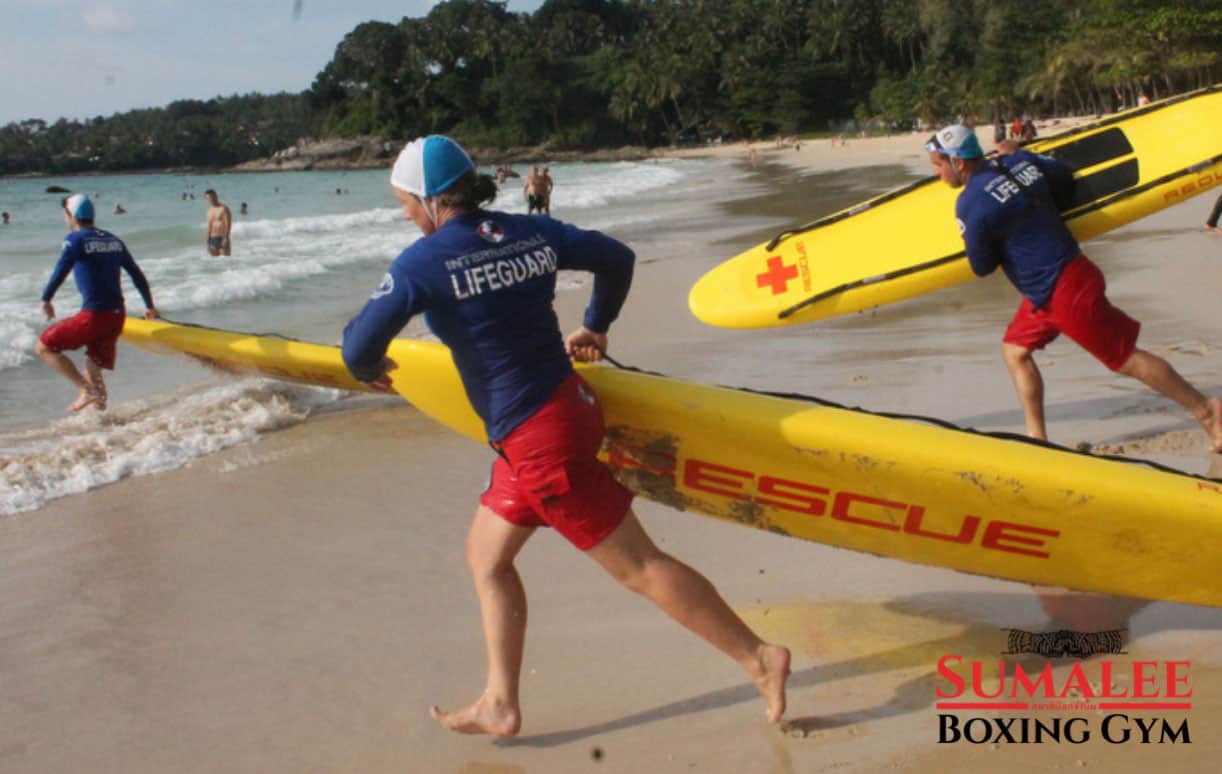 Aside from learning how to spot and escape a rip tide, there is a bunch of other things you can do to ensure you’re quick dip into the Andaman Sea becomes an idyllic memory and not a disaster story that makes you hyperventilate. And, with that in mind, here are some points to remember when you’re lounging beneath the palms of Phuket’s gorgeous beaches considering a quick dip in the sparkling sea. 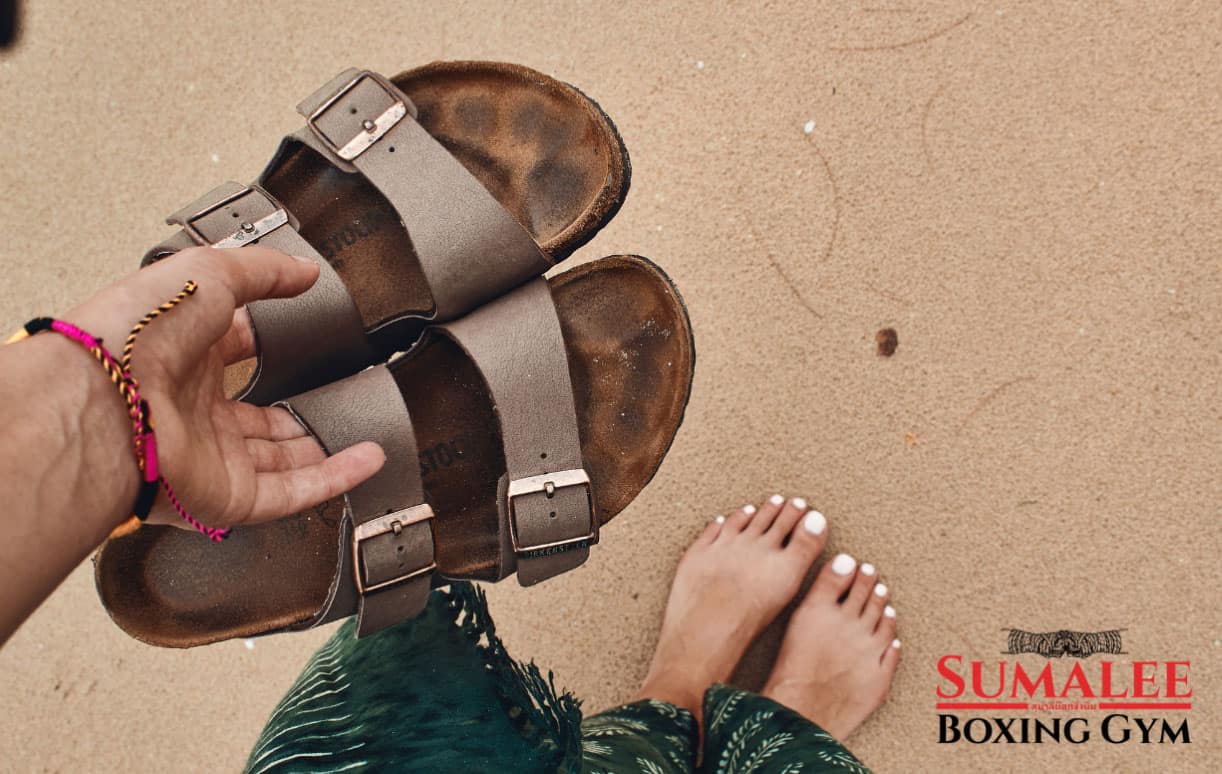 And with all that said and done, go enjoy the drop-dead gorgeous beaches of Phuket, snap some selfies in paradise and enjoy Thailand’s most dazzling island – a place so diverse and staggering you’d be forgiven for staying. We might have spent 10-minutes describing the dangers, but understanding Phuket swimming safety is all it takes to have the time of your life (and in that sense, it’s not too dissimilar to staying safe while riding a motorcycle in Thailand).

Shin Conditioning For Muay Thai: *This* is How to Do it