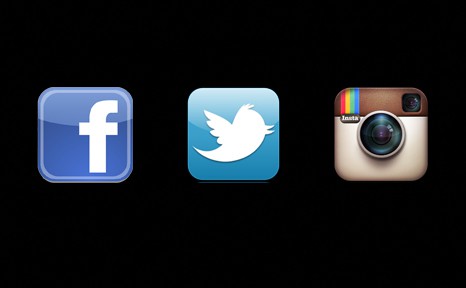 I have been involved in the Muay Thai scene in Phuket for seven years. I am one of the few gym owners who has a background in business rather than fighting. Initially I went into partnership with another Thai run gym but only stayed for six months. Soon after, I opened Sumalee Boxing Gym (2011). This is one of a series of blogs highlighting some of the issues facing Muay Thai gyms in Thailand.  The marriage of Social Media and Muay Thai has been relatively recent.  Managing opportunities and threats provided by the digital boom presents us with a challenge.  Perhaps more professionalism in how gyms conduct their own online policies is a good place to start to meet these challenges.

When I started in this business a significant proportion of gyms in Phuket didn’t have a website, let alone a Facebook page. Twitter was launched in 2006 and Instagram in 2010. They were not routinely used to promote businesses in Thailand until relatively recently. Youtube was established in 2005 and was used by Muay Thai gyms but not widely so. The increase in use of this particular medium has of course proliferated with the expansion of video capabilities on mobile phones. 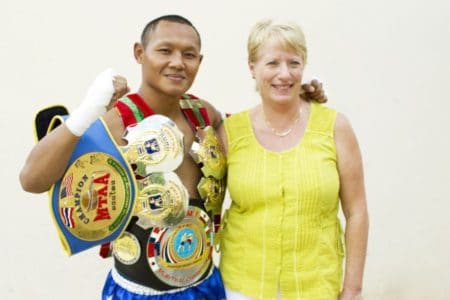 It is extremely difficult to get any information on the Muay Thai superstars of the past. Even for those at their peak ten years ago, there is little online unless like Saenchai their career has been unusually long.  With the help of an American associate, I tried to obtain a visa for a fairly well known Thai fighter a few years ago. He was in his early thirties at the time. He application was refused because the US authorities could find nothing to support it. The majority of the Muay Thai fighters of his age and older completely missed out on the internet revolution. Unless they were savvy enough to save TV footage of their fights, for the majority all that remains are the memories and newspaper cuttings.

Things have changed very quickly and now there is so much information online that almost every kick, punch or KO is recorded using a wide range of media. The internet and social media have facilitated a huge growth of interest in Muay Thai internationally. Depth of knowledge amongst enthusiasts about what’s going on in Thailand and all over the world is unprecedented. The Thais themselves have been slow adopters. They are not great recorders of information anyway. However, there are a sufficient number of foreigners involved in the Muay Thai scene here in Thailand that little is left undocumented.

All of this has been very positive for the sport and has led to a huge growth in demand amongst new comers and more seasoned fighters alike. This is evident from the increase in Muay Thai gyms to feed this demand. I am not sure how many Muay Thai gyms there are in Phuket now but my guess is the figure will have doubled since 2010.

For gyms such as ours (i.e. with a large part foreign ownership) the online revolution has provided us with unprecedented opportunities. It has allowed us to compete on an almost level playing field with the Thais. If anything, we have an advantage over Thai owned gyms. Through our language and IT capabilities we can reach out to the foreign market more effectively. We are no longer dependent on the Thai taxi mafia who used to channel most of the traffic through Phuket. In the past people were more likely than not only taken to those gyms that paid commission to taxi drivers.

As with all things in life, with every positive comes a negative. There is an awful lot of information online that is unaccredited. This is particularly worrying when information is presented in an authoritative way. Of course this is a problem not only for Muay Thai. In other fields, however, there are usually more reliable sources people can turn to. Generally speaking in Muay Thai (especially in Thailand) reliable information is hard to find.

For example, there are internet sites that provide exhaustive reviews of different gyms. The reality, however, is that authors are often acting on hearsay. Sometimes they have never visited the gyms they are reviewing. Even worse, an author can be biased if they have an association with a particular gym. If you don’t know the background, this can be difficult to spot. Some of these websites have good SEO, placing them high in the google rankings. This adds to their apparent credibility. If any gym owner sees a review they feel is unfair, I recommend contacting the author. I have found some authors very responsive to this. Unfortunately others are not. In my mind this is a deception as it is leading people to believe that the information is coming from an authoritative source when it isn’t.

What is even more concerning for any business, is when social media is used in a subversive way. This can take the form of direct public attacks or more oblique maneuvering using social media as a means of infiltrating the customer base. This happens very frequently in Muay Thai. It is usually someone with a grudge. The internet provides them with a way of getting back, often with impunity. Muay Thai tends to be a young person’s sport.   They have yet to learn more constructive ways of dealing with conflict. Closing doors completely is not a good idea.

As a gym owner, you never know which direction such attacks will come from. It is unsettling and invasive, especially if it comes from someone you have helped. This type of attack is irritating as well as potentially being harmful to the reputation of the business.   In Thailand especially, most people get their information about Muay Thai through informal networks, social media or other unendorsed sources.   There is no proper licensing agency for gyms in Thailand, no grading system (such as they have for hotels), no independent checks or information that is objective.

Since we opened the gym, we have also been the subject of more serious abuse and threats delivered via social media. When this abuse has been in the public domain, more often than not it has been from Thai people. It is most likely to come from ex employees whom we have had to ‘let go’ for not fulfilling the terms of their employment contract. Please be assured that this type of behaviour does not pervade all social strata within Thai society. On the contrary, most Thai people are very polite. Unfortunately, however, many people within the Muay Thai community finished their education in their early teens. It seems no filter is applied when using social media as a means of settling a grudge. There have been insulting videos, personal insults, and veiled death threats posted online. There have even been threats of being arrested on re-entry into the country. Fortunately the bark of these people is worse than their bite. Nevertheless, it can be disconcerting and again hurtful when it comes from people whom the business has helped.

As a gym we are fortunate in that we have worked very hard on our digital marketing campaigns. Our customers have assisted us by posting great things about the gym and the service we offer. We have a strong brand image and huge digital footprint. People know of our achievements and our aims. The impact of online negativity is consequently minimal for us.  Ultimately both oblique and direct attacks are more damaging to the reputation of the person doing it than to ours.  Other gyms may not be so fortunate in this respect.

The huge growth in online traffic has provided Muay Thai gyms in Thailand with tremendous opportunities. Sumalee Boxing Gym has a strong online presence. This has been a key area of focus for the business and we have achieved considerable success as a result of it. For some years it has been very apparent that those gyms with digital marketing support are well ahead of the game. Long term success in such a highly competitive business environment is now dependent on a well planned digital marketing strategy.

As a starting point to creating an aura of more professionalism within the Muay Thai business, gyms may consider putting in place a social media policy. This is now normal practice in many businesses, especially if they are customer facing. Sumalee Boxing Gym has a policy on social media and how it is used in the public domain. Staff and sponsored fighters are given guidelines on using social media in a positive and constructive way. If any gym owner wishes to see our social media policy to provide them with a blueprint for their own, please contact me on info@sumaleeboxinggym.com. Policing use of social media amongst Thai staff is more difficult but we try to do what we can.

As a business we are committed to providing excellent Muay Thai training in the best possible surroundings with unbeatable service underpinning everything we do. We see using social media in a professional way is an essential ingredient to promoting a good image of Muay Thai.