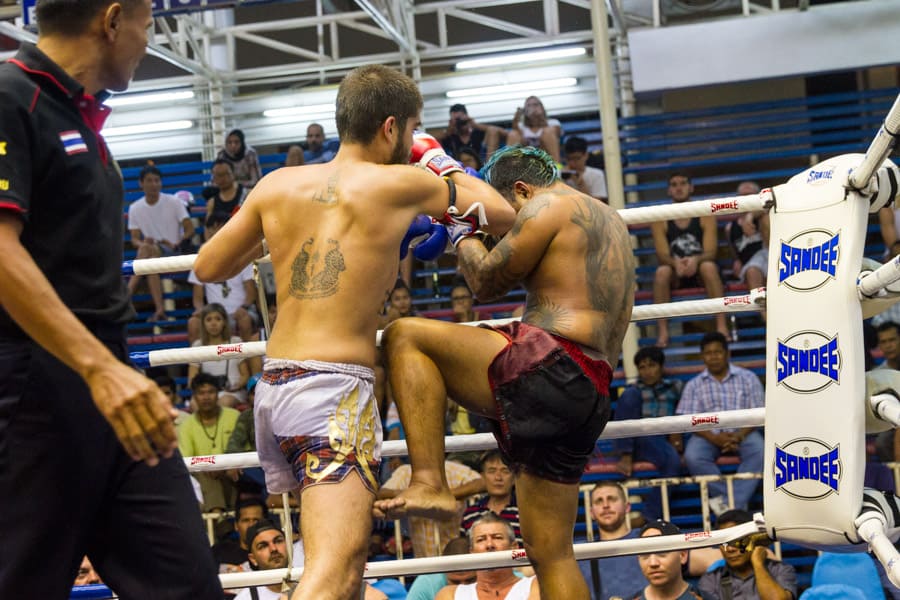 Michalis Manoli made his second appearance for the camp last week during a busy Friday fight night at Bangla Boxing Stadium. He faced his first Thai opponent, Taka AKA Thailand, and had a big height and reach advantage. Michalis took advantage of this in the clinch with some huge knees in the early rounds before overwhelming Taka in the fourth to win by TKO.

Michalis will be staying at the camp for the next few months and is already back in training this week for his next fight.