Mindfulness: Science Backed Benefits and how to Make an Action Plan 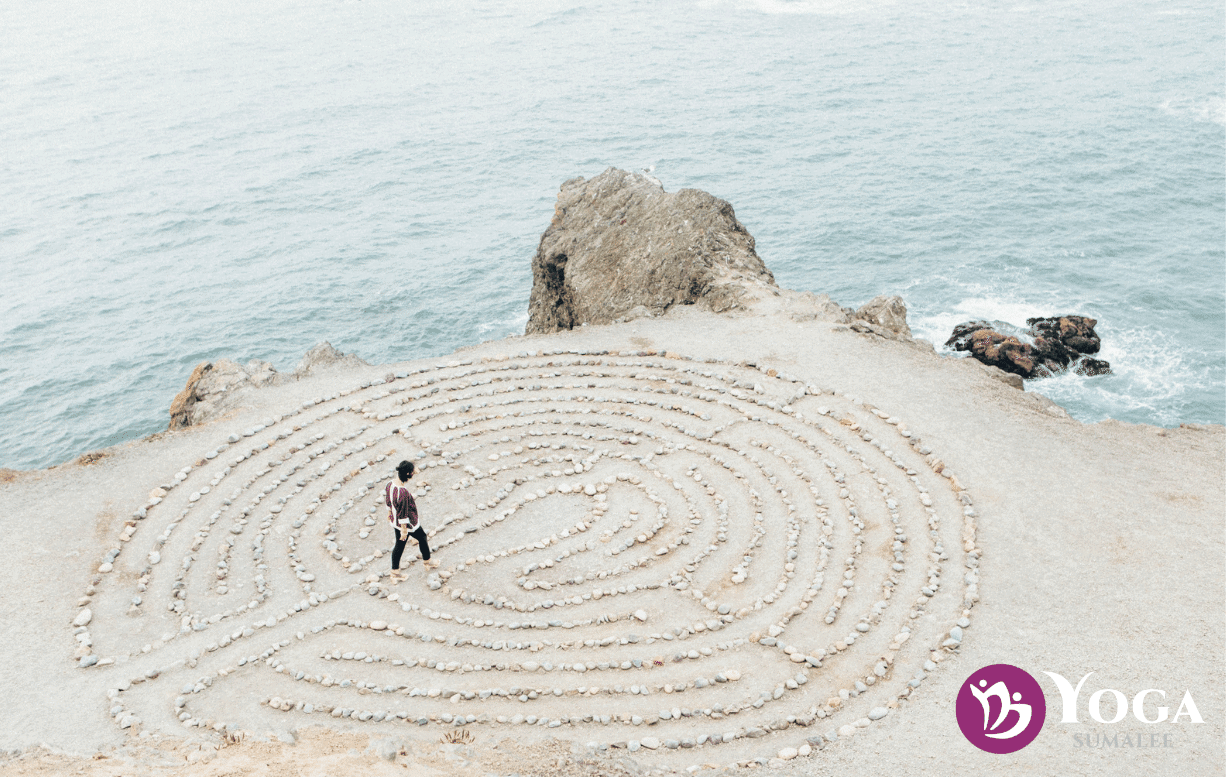 Mindfulness: Science Backed Benefits and how to Make an Action Plan

For the thousands upon thousands of self-improvement trends that come and go like Love Island contestants, there is always one that is proven to be so awesome it sticks and, for a long-long time, that trend has been “mindfulness”.

To break it down to its most basic, mindfulness is the very-difficult-but-straightforward practice of becoming more in-tune with yourself and the present moment, whether that means paying more attention during your yoga practise, meditation and Muay Thai training, or in more everyday situations, like paying attention to the tastes and smells of that avocado on sourdough you always have for brunch. Basically, it’s a way to focus on you, your body and your life, instead of being distracted (and, dare we say, consumed) by negative things that really don’t matter, like how bad that final series of Game of Thrones was.

But unlike all those other overhyped trends like CrossFit and juice cleanses, mindfulness is here for the long haul, and we’re not just saying that because every other celebrity is talking about it on their Insta-stories, or because so many forward-thinking companies now offer “mindfulness programs” for their employees. We’re backing it because:

Sure, the mindfulness that’s being celebrated by science right now probably isn’t quite the same as that done by Buddha, but that shouldn’t take away from this one glorious fact: Mindfulness gives you the ability to change the wiring and makeup of your brains.

And here’s the science behind it all: 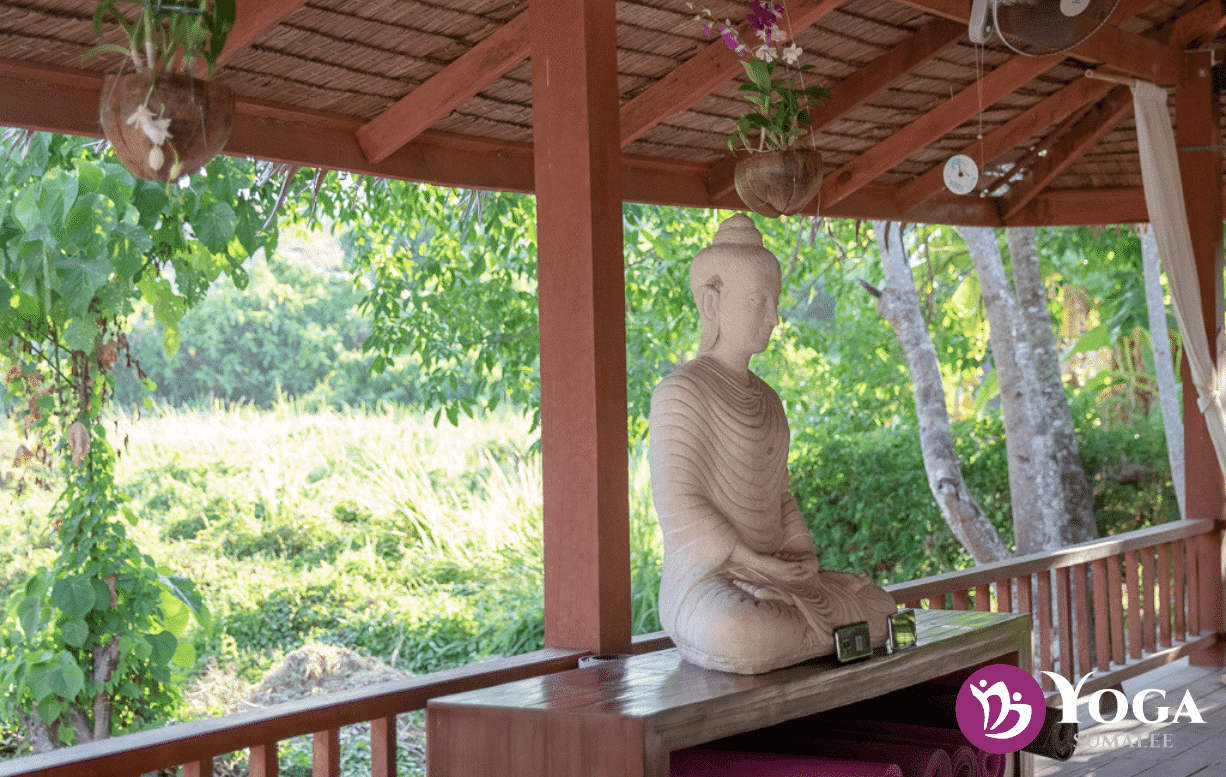 According to the National Institutes of Health, research suggests that anyone who practises mindfulness will have larger amounts of gyrification, also known as a folding of the brain’s cortex. What these extra folds do is allow your brain to process information faster than others, while not getting hung up on past events quite so much, which are a total nightmare when it comes to our thinking and decision making abilities. That’s what makes mindfulness so great. It can physically change the brain in positive ways, from its ability to process information quickly, right through to reversing the changes in the brain that happen because of ageing. Go, mindfulness!

One of the most common – and negative – patterns among those who battle with anxiety is something called catastrophizing. What happens when you’re caught in this thought process is you start imagining the worst-case scenarios will happen, which can easily spiral out of control, jumping from one catastrophe to another. Thankfully, new research shows that practising mindfulness for as little as fifteen minutes a day can help reduce the stress levels in people with generalised anxiety disorder, while going to a meditation retreat can drastically decrease depression, anxiety and stress. Basically, mindfulness and meditation are being used more and more to assist people with anxiety and depression.

The bad news is: life can be pretty stressful. Commuting to work, paying bills, worrying about your pension, raising healthy kids, it’s all stressful – and when you experience stress, your body releases a large dollop of adrenaline that causes your heart rate to rise and your blood pressure to climb. Sure, this used to be an awesome survival tool thousands of years ago, but given we no longer have to risk life and limb hunting for food in bear-infested woods, this reaction to stressful situations puts us at risk of cardiovascular disease. The good news is: studies show that practising mindfulness can help counteract this fight-or-flight response by slowing your heart rate and lowering blood pressure, which is great because this has the knock-on effect of reducing your chances of suffering from heart problems.

One of the most incredible and physical health benefits of mindfulness is its ability to help patients with chronic pain. Picture this: you’re trying to prepare for a Muay Thai fight, but you’re struggling with back and neck aches and pains. Well, as it turns out, a large chunk of that pain actually resides in your mind, and not only that, but just an hour of mindful meditation has the ability to reduce your pain perception by almost half. And here’s the best bit: research shows that not only can mindfulness help you recover from injury faster, but that Zen-enthusiasts will also boast a higher pain threshold. Imagine the look on your opponent’s face when you, the Terminator, step through the ropes ready for battle.

The whole idea of mindfulness may seem illogical (you’re essentially thinking about not thinking) but studies show it’s amazing at boosting your attention span, and it does this by freeing your mind from distractions (yeah, we’re looking at you Instagram). Now, we’re not saying you’ll never again be distracted by a Youtube video or that little red notification dot on your iPhone, but your brain will return to that “Zen mode” a lot quicker than it did before you started practising mindfulness. That means you’ll be able to focus – and hold your attention – for longer, which can be used to significantly improve your learning. Whether you’re trying to take your yoga to the next level or focus on conditioning your shins, mindfulness will give you the focus to succeed.

It doesn’t matter how sceptical you might be as a person, you can always trust a neuroscientist, especially when they’ve teamed up with the world’s leading researcher on emotions, and even more especially when the subject they studied was Lama Oser, a European monk that a) had over 30 years of mindfulness experience and b) was the Dalai Lama’s most trusted advisor. Anyway, what this dream team of Richie Davidson and Paul Ekman discovered were insane levels of equanimity, well-being, and resilience to setbacks, all of which were largely attributed to Lama Oser’s discipline of mindfulness. Put that in to real-life terms and mindfulness can help you become more resilient to life’s struggles, whether that be in training, in the ring or trying to stay calm when you’ve just been told your visa-run to Penang could be delayed.

As with all the best feelings in life, it takes a conscious effort to reap the benefits – and the same goes for mindfulness. It might feel great, but the path to beneficial mindfulness can be tricky. Thankfully, we’ve made a list of some mindfulness practices that will help you improve your physical and mental wellbeing a lot quicker:

Think like a child: children are so connected to everything that’s going on in the present, and yet they don’t feel a need to get attached to these things or push them away – they just think with a refreshing curiosity. They let their thoughts be nothing more than eye-opening thoughts, there to be explored with wonder. That’s a great place to start.

Get into yoga: yoga is one of the most incredible activities ever conjured up and, if we had to summarise it in one sentence, it would probably read: a meditation of the body. When you practise yoga, your focus is on the changes happening within your body, the way your muscles are being stretched, your breathing, holding the poses. It’s about being aware of the challenges and the discomfort and embracing them.

Eat mindfully: too many people eat without a care for what they’re eating or how they’re eating it. They eat while on the move (like munching on a breakfast bar on the way into work) or they eat sat in front of the TV, both of which are the exact opposite of mindfulness. What you really want to start doing is sitting down for your meals and really focussing on the flavours and textures and smells, slowing down as you pay close attention to your five senses. It’s about knowing where your food came from (ideally, it’ll be a whole food) and then savouring each mouthful: look at it, smell it, take a small bite, chew it for longer, tasting it all before swallowing – not rushing to finish your plate during the adverts.

Showers are perfect practise: when you do something every day, you do it without thinking. It’s like muscle-memory kicks in and you just cruise through it without any thought. But, more often than not, these “mundane” activities provide an awesome chance to practice mindfulness – and taking a shower is at the top of the list. Seriously. The next time you hop in the shower, focus on it. Be in the moment. Feel the water on your skin, the temperature, the way it runs down your body, the scent of your shampoo, the feel of your sisal bag rubbing as it exfoliates your skin. Really be in the moment and consciously think about everything that’s going on. Trust us: it will be the best shower of your life (unless you’ve ever worked at a festival for eight days where there were no showers, in which case that first shower back will remain the most epic, but only just).

Really-really listen: there is listening and then there is listening. Mindfully. Not judging what the other person might be saying, not preparing a response, not wondering what you might have for dinner, just listening. Giving the person you’re with total freedom to express their thoughts and feelings and opinions. It’s a lost art, and one that is utterly incredible because mindful listening can do so much good: boost relationships, express mutual respect, create a deeper understanding of someone else, help you learn more about life and improve empathy, which the world could really benefit from right now.

Basically, practising mindfulness isn’t just about being more relaxed or less anxious. It is about being in the moment and feeling everything that moment has to offer, whether you’re doing certain yoga poses to prevent injury or just taking a morning shower. It’s about getting away from the noise of your mind, experiencing your body and being at peace in the present. Namaste.

Easy tips for staying fit and healthy while you travel

9 Benefits Of Solo Travel And The Trips You Should Take