12 Delicious Superfoods You Need To Add To Your Diet ASAP 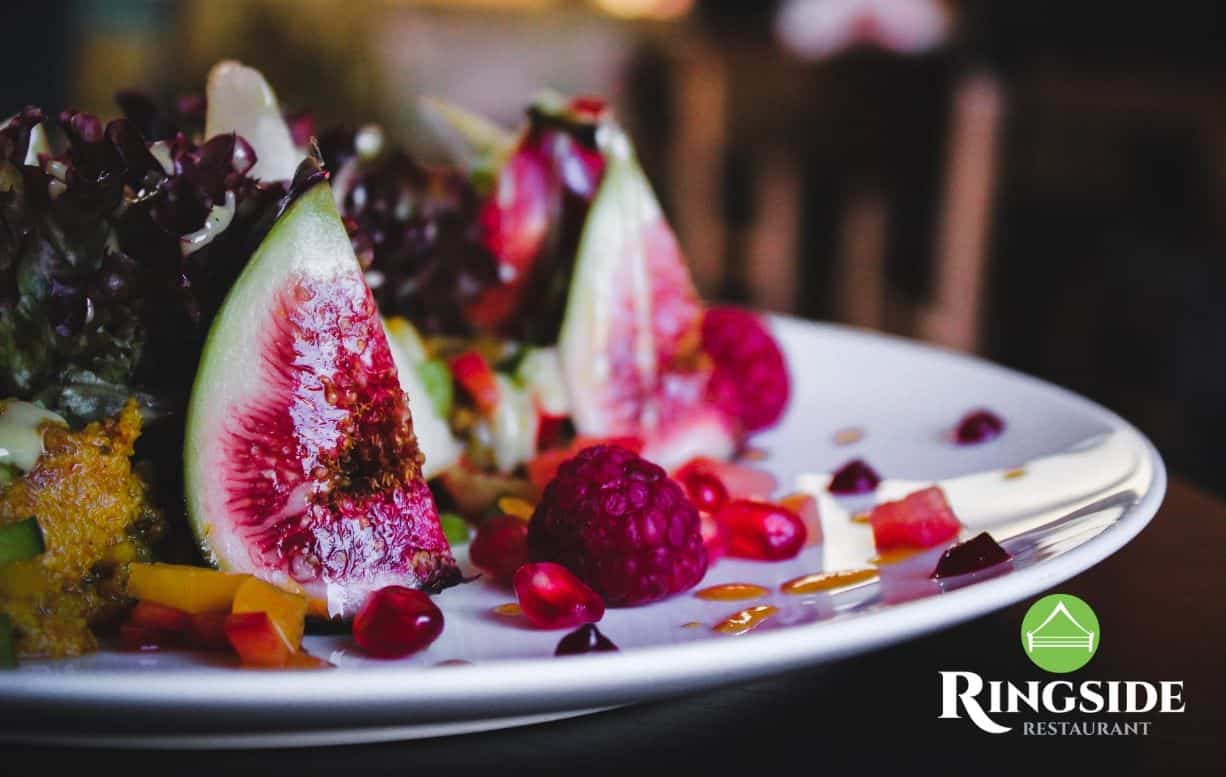 12 Delicious Superfoods You Need To Add To Your Diet ASAP

It’s the first step to a better you, and not just because you’re heart will be healthy when you reach the age your grandparents are now – or because you’ll get to live longer than anyone else on your family tree – but because adding a dollop of superfoods to your diet will help you sleep better, give your body more energy, help your muscles recover faster and, okay, yeah, show a little love to your ticker.

Now, there’s been a pretty big surge of information about the sorts of food we shouldn’t be eating [cough, processed foods], which is awesome. But maybe it’s time we coupled all that information with a focus on the awesome foods we should be eating.

But don’t worry, we’re not going to bore you with the same acai-chia-seeds-goji-berry story you’ve seen on the cover of every Health Magazine ever because, while we’re massive cheerleaders for those kinds of foods, they’re not the cheapest bunch — put a few of those in your grocery store basket and there might be a lot of month left at the end of your money. The good news is: there are plenty of inexpensive superfoods that won’t leave your broke.

So, without further ado, we’ve created a shopping list of everyday superfoods that you can add to your diet – immediately – without having to take a trip to your local(ish) organic market. Delicious, nutritious and ridiculously good for anyone that wants to be the healthiest they can be. 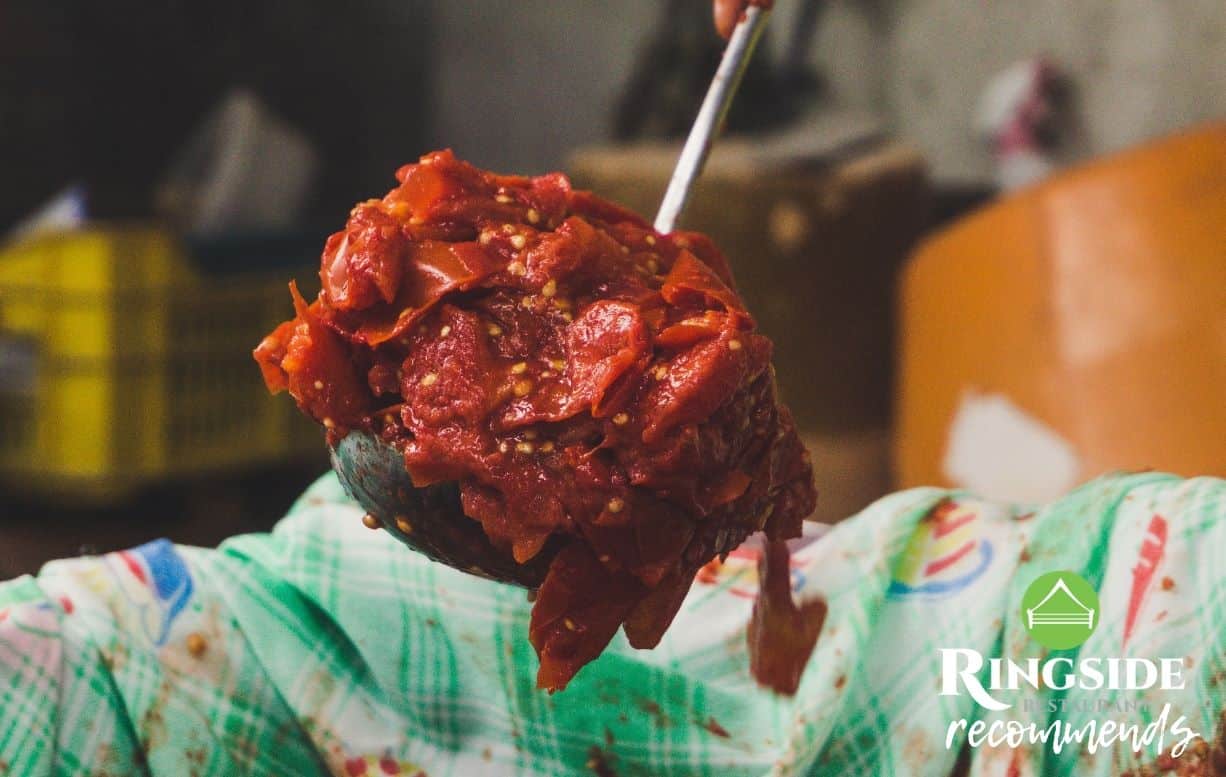 That’s right, not tomato juice, but specifically tomato sauce (and tomatoes) — and no one knows quite why. Not even scientists. All we know is: men who eat a lot of tomatoes, or an abundance of tomato sauce, are giving themselves a great chance against prostate cancer thanks to a well-known carotenoid called lycopene. But what’s most interesting is that the lycopene needs to be cooked with some kind of fat in order for you to get the best absorption. That means saucy pasta dishes and freshly made pizzas smothered with the good stuff should become a part of your weekly diet. It turns out, they are just what the doctor ordered (in moderation, obviously). 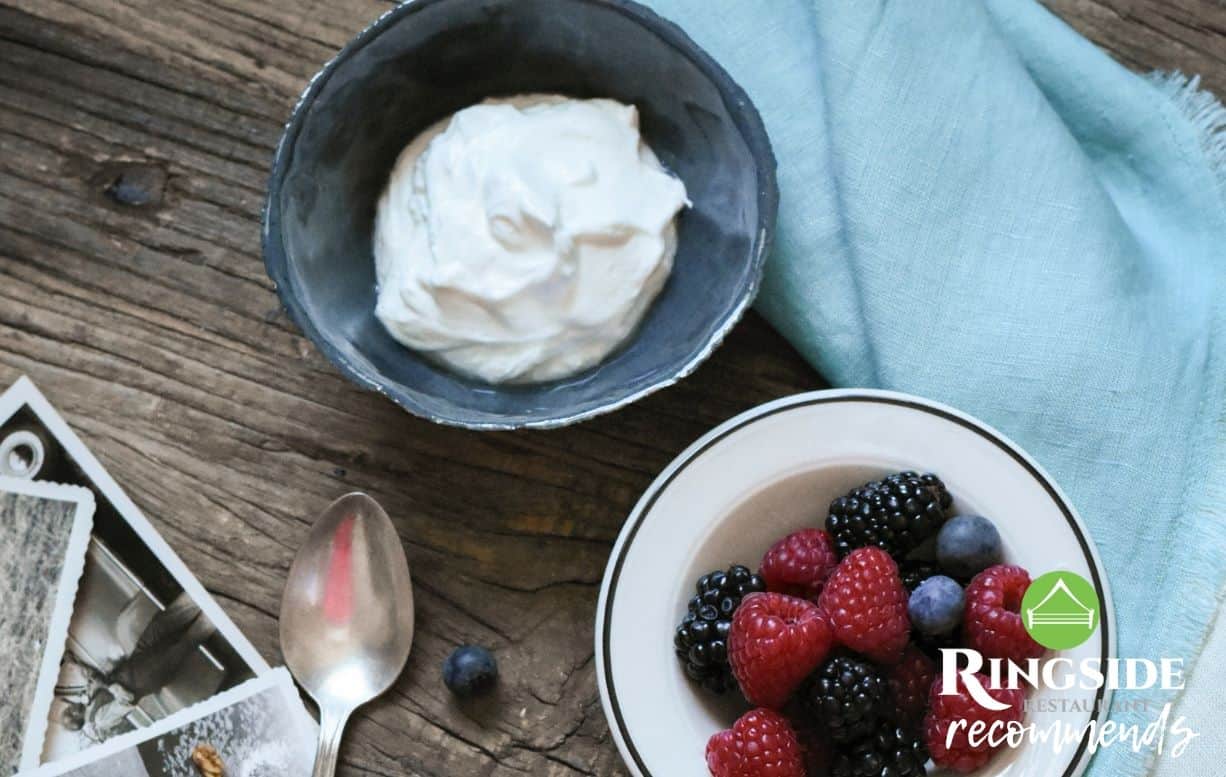 Regular yoghurt is good and all, but Greek yoghurt is on a whole other level. It’s like the Superman to your Clark Kent. It’s thicker and creamier, which may sound like bad news at first, but it’s actually uber-groovy news because Greek yoghurt is chock-full of protein and probiotics. Why is this good? Simple: your digestive system gets a boost, your immune system gets improved, and you feel full after eating, which means no irresistible urges to snack on empty calories. That’s breakfast sorted then. 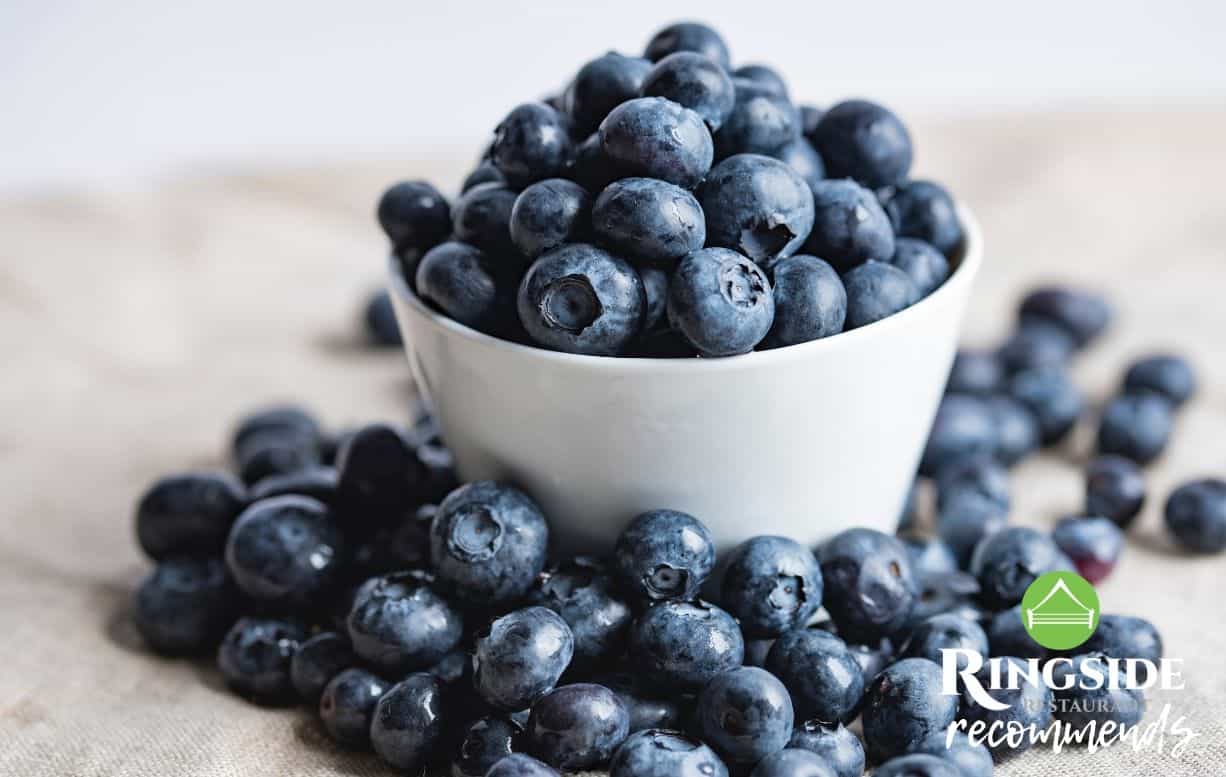 There’s no two ways of saying this — blueberries are nutritional superstars (unless you’re Violet Beauregard, that is). Throw back a handful of these and you’ll get an energetic blast of fibre, vitamin C, and powerful antioxidants. In fact, said antioxidants are so epic, they’ve been proved to sneak around the body looking for any harmful molecules that might damage your DNA and encourage cancerous cells spring up. Come on, how awesome are blueberries? And they become even more awesome when you throw them in a bowl with some other colourful berries. Basically, raspberries, blackberries and blueberries are like the new Avengers team. 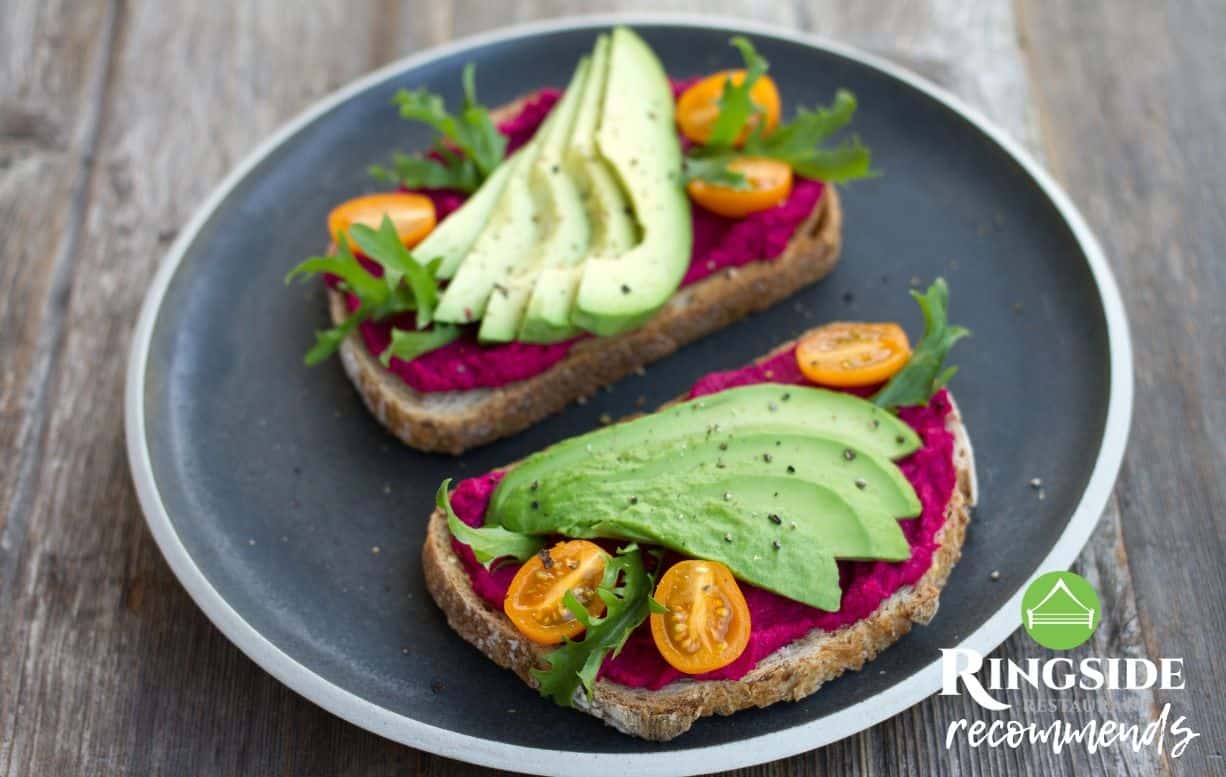 We don’t know about you, but we get weirdly excited whenever we see a beet and feta salad on a restaurant menu, which is partly to do with how tasty this simple dish is, but mostly to do with how good it is to chow down on antioxidant-rich beets – especially if you’re suffering with inflammation. Thanks to their inflammation-fighting compounds (shout out to anthocyanins, betaine, and lutein) these earthy veggies are great for anyone recovering from injury, or headguard-deep into their Muay Thai training. And that’s not all. There’s also research that shows betaine is good at fighting cardiovascular diseases too. Yup. A plate of these and you’ll be able to beet anything life throws at you (ba dum dum dush). 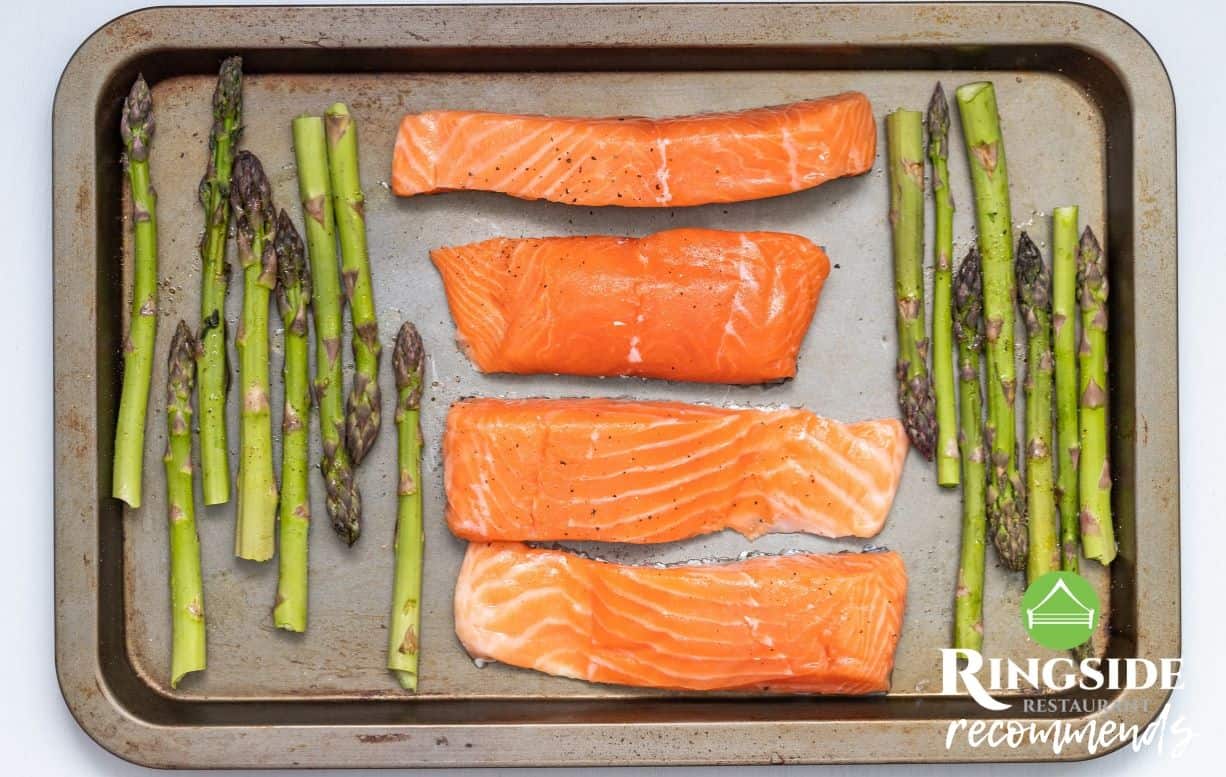 Yes, salmon has become a bit of a “healthy foods cliché’ but it was completely born out of truth: salmon is ridiculously, amazingly good for you, and it’s all thanks to the omega-3 fatty acids tucked away in that lovely pink body. It’s one heck of a heart-healthy fish. At first glance, salmon is great at lowering triglycerides, slowing down the formation of artery-clogging plaques, and slightly reducing your blood pressure – and that’s just the tip of the proverbial iceberg lettuce. Omega-3 is also celebrated for being a natural blood-thinner-outta (goodbye blood clots) and has anti-inflammatory qualities too (adieu arthritis). And for a bonus point: eating salmon will also help protect your skin from the sun. When is a fish more than a fish? When it’s a salmon. 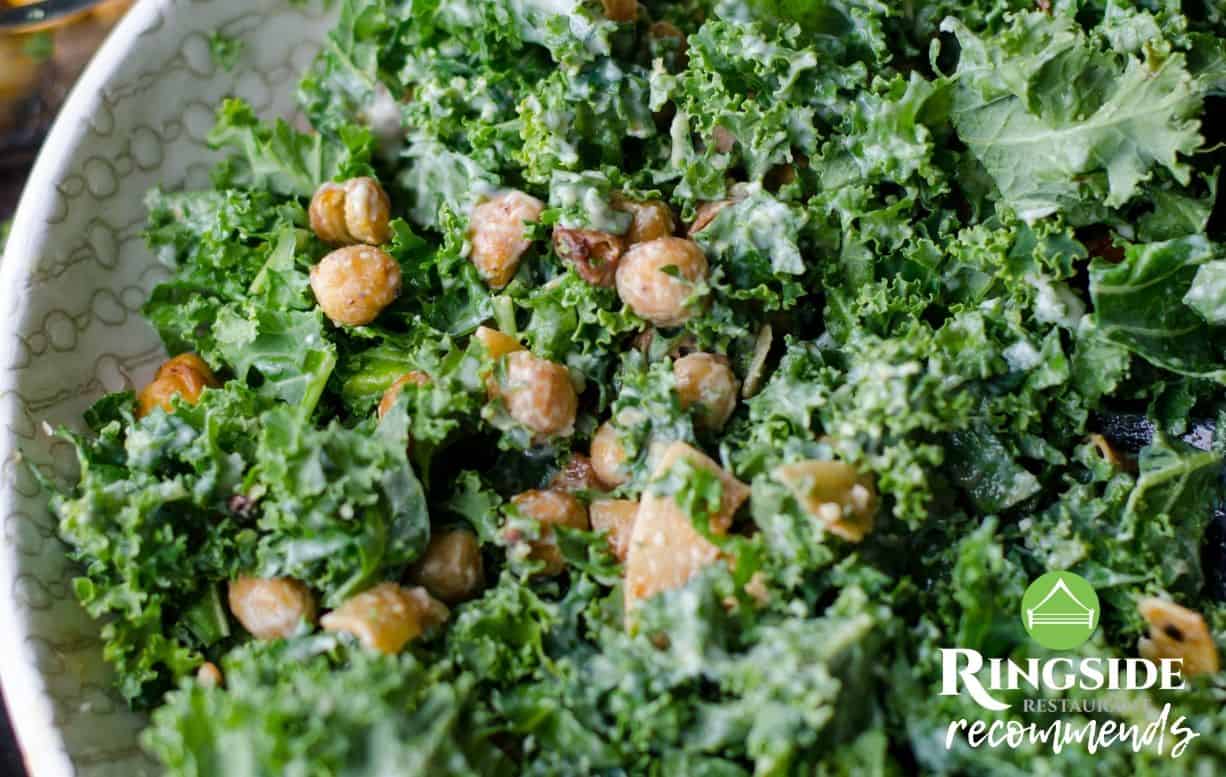 If there’s ever been a rockstar walking among leafy greens, it’s got to be kale. It’s rough, it’s tough, it’s lean, mean and green, and it’s packed full of nutrition and antioxidants – more so than most other fruits and veggies. It’s as wealthy as a billionaire in terms of fiber, calcium, vitamin C, and iron, and it’s an awesome disease fighter to boot. It’s got sulforaphane and isothiocyanates, which have cancer-fighting capabilities. And that goes for broccoli, cabbage, cauliflower and sprouts too. But here’s the real smile-making bit: you can pretty much prepare this leafy green rockstar anyway you like. Boil it, steam it, roast or stew it. Serve it with a dip, stir-fry it, sautée it in a little olive oil, or try it as a chip. The world is your kale. 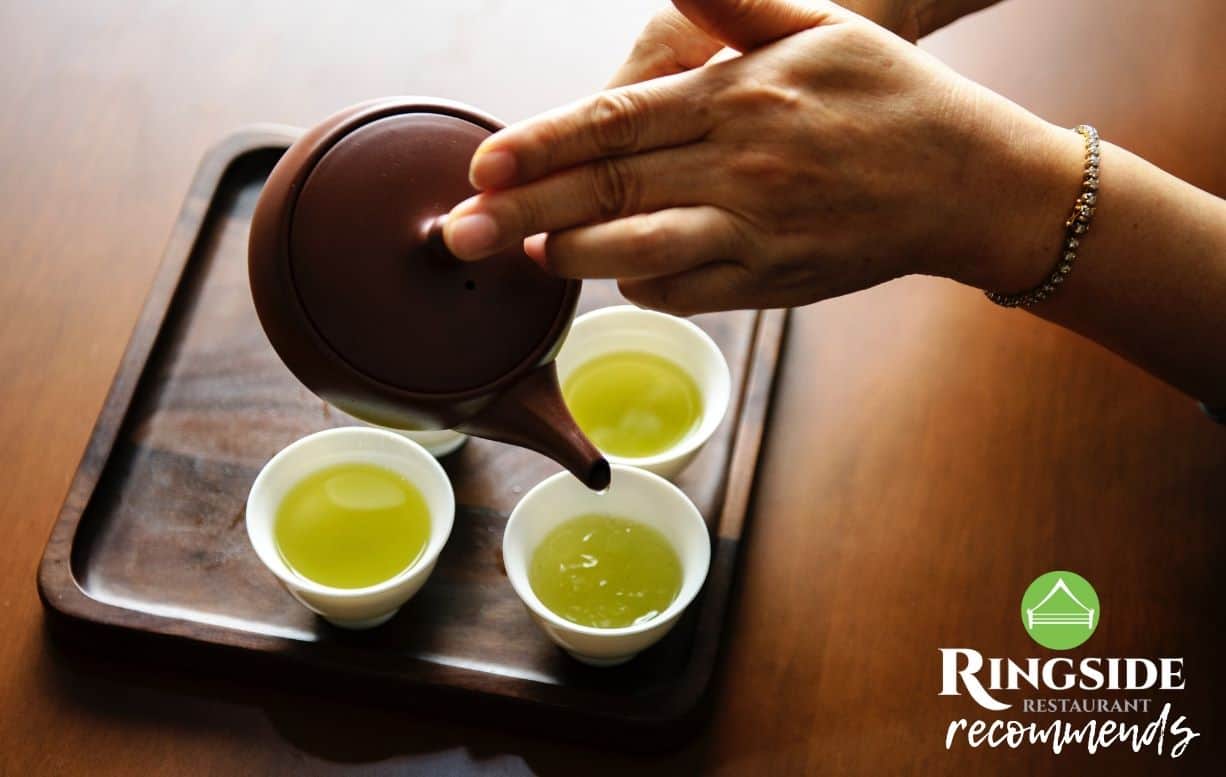 If you’re thinking, “Green tea isn’t a food – it’s a liquid,” you’d be absolutely right. Pernickety, but right. Nonetheless, it’s so super it deserves a place on this superfoods shopping list, and it deserves to be circled in a thick red pen too. It’s just soooo high in antioxidants. That’s why it’s been used to help everything from cancer to heart disease. But the real unsung hero of the GT show is Epigallocatechin gallate (aka EGCG). It’s a phytochemical that helps slow the irregular cell growth which, in scientific theory, could help prevent the growth of some cancers. And you only need to drink a few cups a day may to enjoy all these cancer-beating, heart disease-owning, and dementia-destroying benefits. Just avoid all those bottled teas you see on the shelves because these suckers are usually loaded with wayyyy too much sugar (like most non-alcoholic beverages). Oh and, let’s not forget, green tea is delicious too. 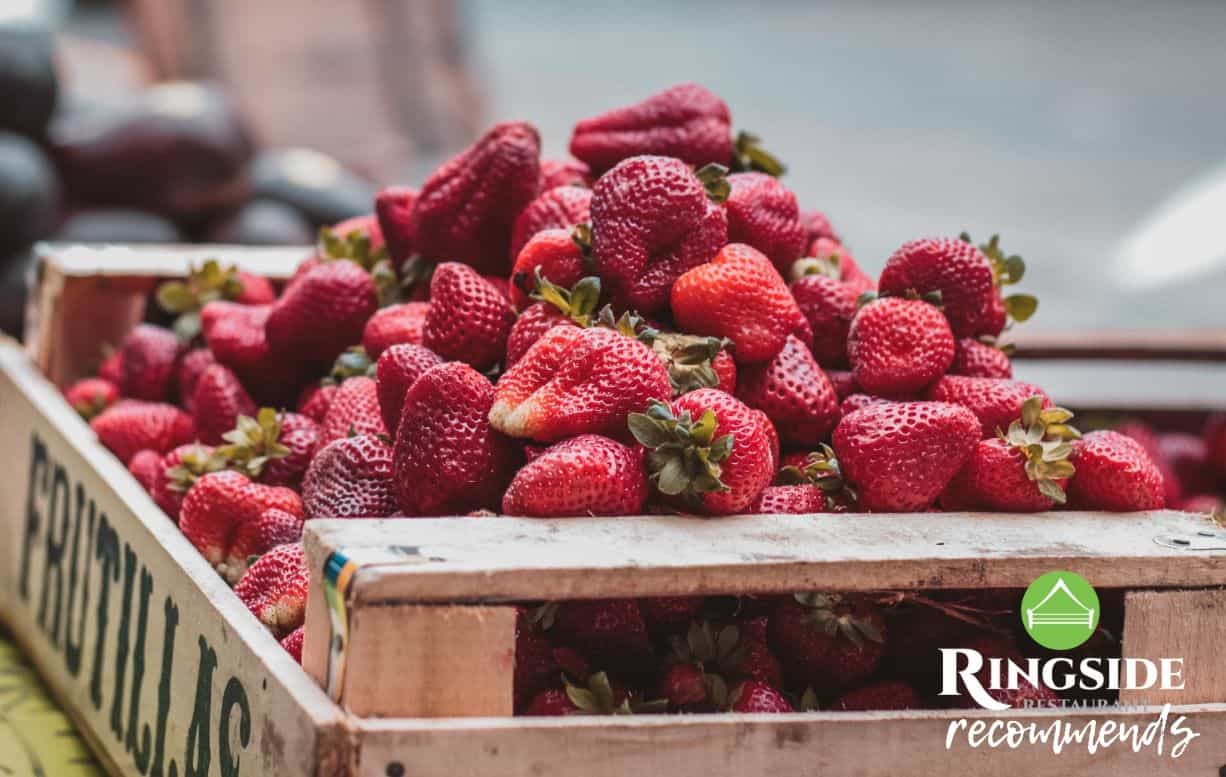 What makes this a total superstar of superfoods? Vitamin C – that’s what. There’s just so much of it in strawberries. In fact, just one normal-sized bowl of these scarlet beauties will satisfy your daily requirement of Vit C (just so you know, that’s 74 milligrams per day for women, and 90 for men). So whip out your Weetabix, slice some strawberries, sprinkle them on top, and revel in the antioxidants, which are known to build and repair the body’s tissues, boost your immunity, and promote healthy eyes. 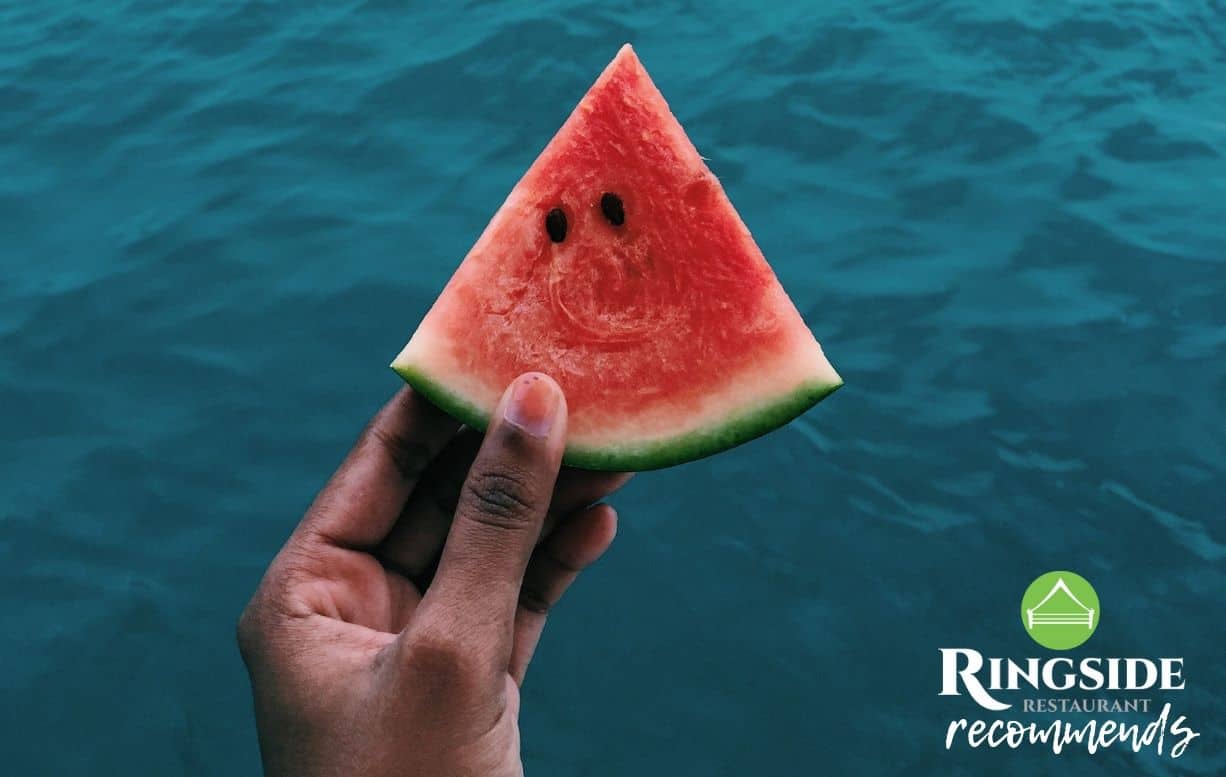 Watermelon is the ultimate summer treat, right? Fresh, juicy, hydrating, low in calories, yummy, vibrant, and great for your Insta-snaps. And that’s not all. They’re also majorly awesome for your health because they’re both low in sugar and high in Vit A and C. But here’s the thing worth writing home about: watermelons have all the potassium. Okay, maybe not all of it, but with 664 milligrams in just one (large) slice, they’re potassium royalty, boasting more of the good stuff than bananas and orange juice. And they contain lycopene, that UV ray protecting thingy. So cut yourself another slice and enjoy the taste of summer. 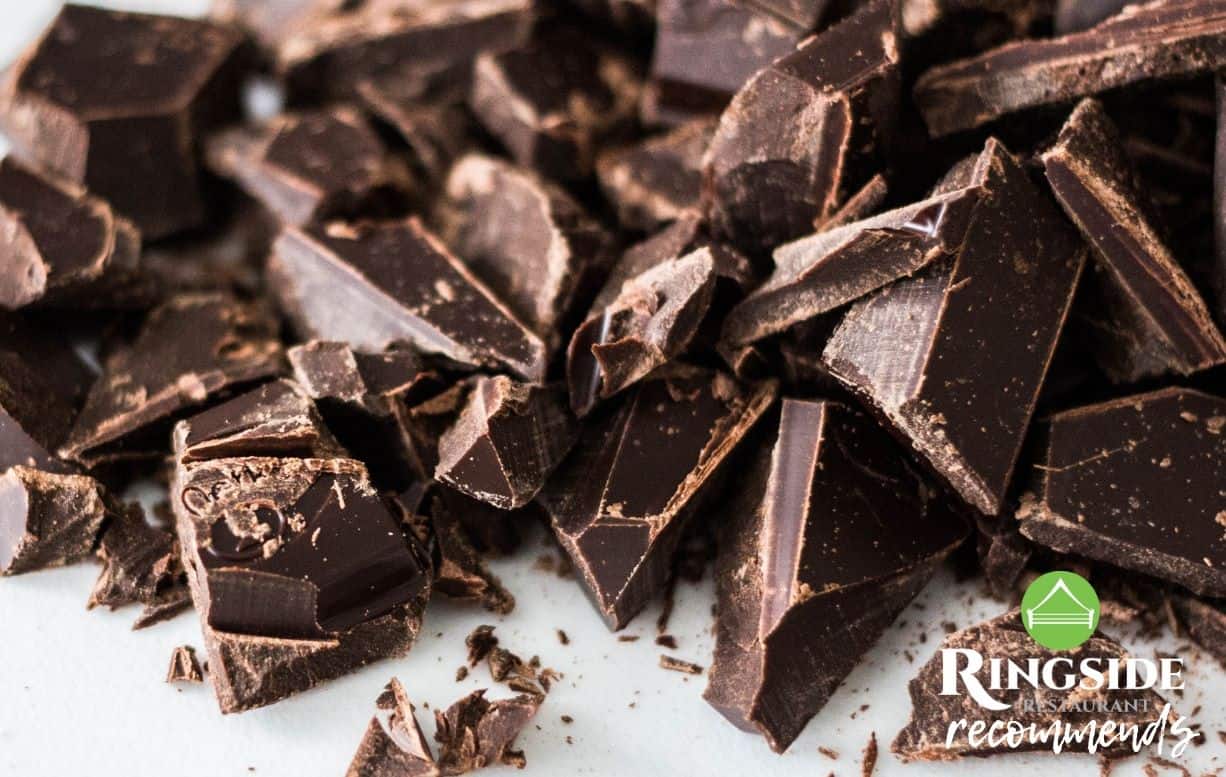 Yup. Dark chocolate. It’s your excuse to loosen your sweats and munch on a dessert, and with the biggest dollop of guilt-free groaning too. And that’s not us making it up – that’s the research to come out of Harvard, which found that people who ate dark chocolate on the regular actually lowered their blood pressure and saw super-positive things happen with their cholesterol levels. Not to mention a bunch of good news surrounding less risk of heart disease and strokes, and a better flow of blood to the brain, which is good for anyone doing a daily sudoku or crossword. How is this possible? Well, it’s all to do with the antioxidants found in dark chocolate. Just make sure you’re nibbling on chocolate that has at least 70 percent cacao to reap these nutritional bonuses. As for how much, we’d say around an ounce a day will keep the doctor away (and without the excess calories too). 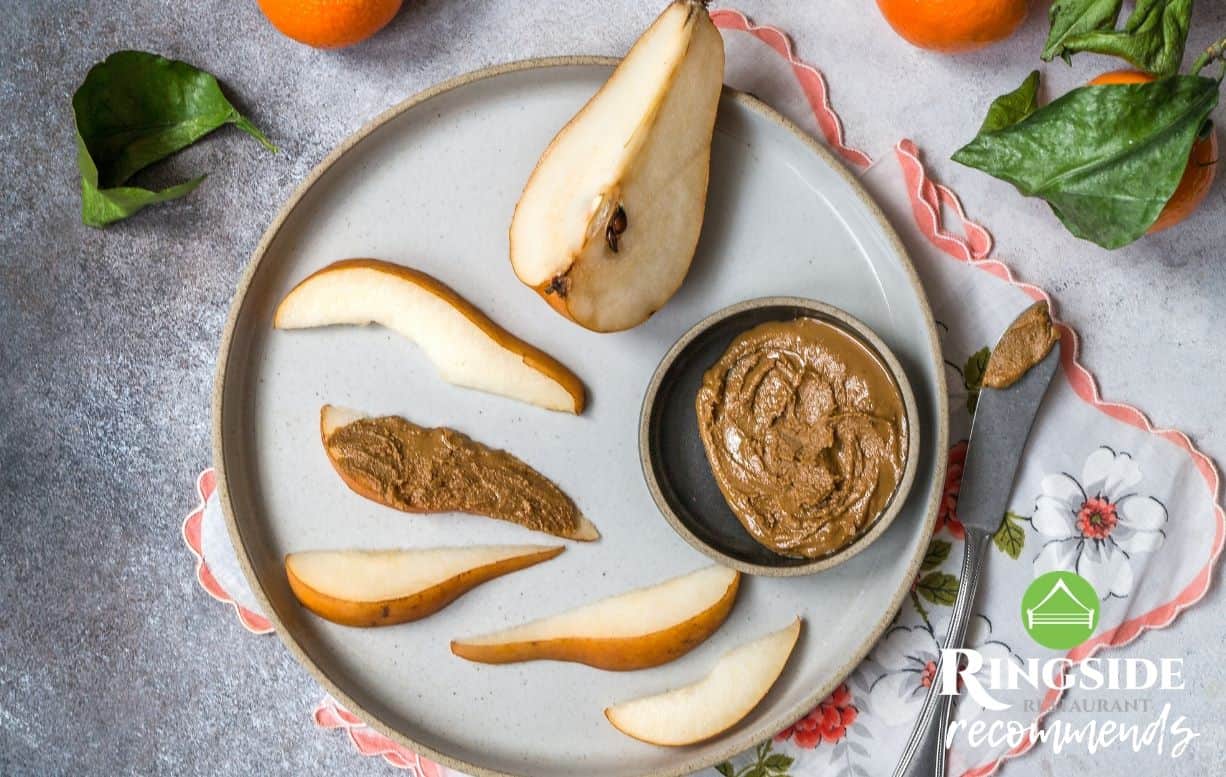 You only need to have a quick glance at our Ringside Restaurant menu to know that we love peanut butter. And it’s not just a coincidence. We love the taste, yes, but we also love it because of the health benefits, of which there are roughly thousands. Seriously. If you’re wanting a healthy heart, just cover your morning toast in a thick layer of PB. Not only will it lower your cholesterol levels, it focuses on reducing blood fats called triglycerides while leaving your HDL alone, which is good because they’re the “good” cholesterol. Just maybe take it a little steady and try not to eat it out of the jar with a spoon because it’s pretty high in calories — but other than that, peanut butter your way to a healthy heart. 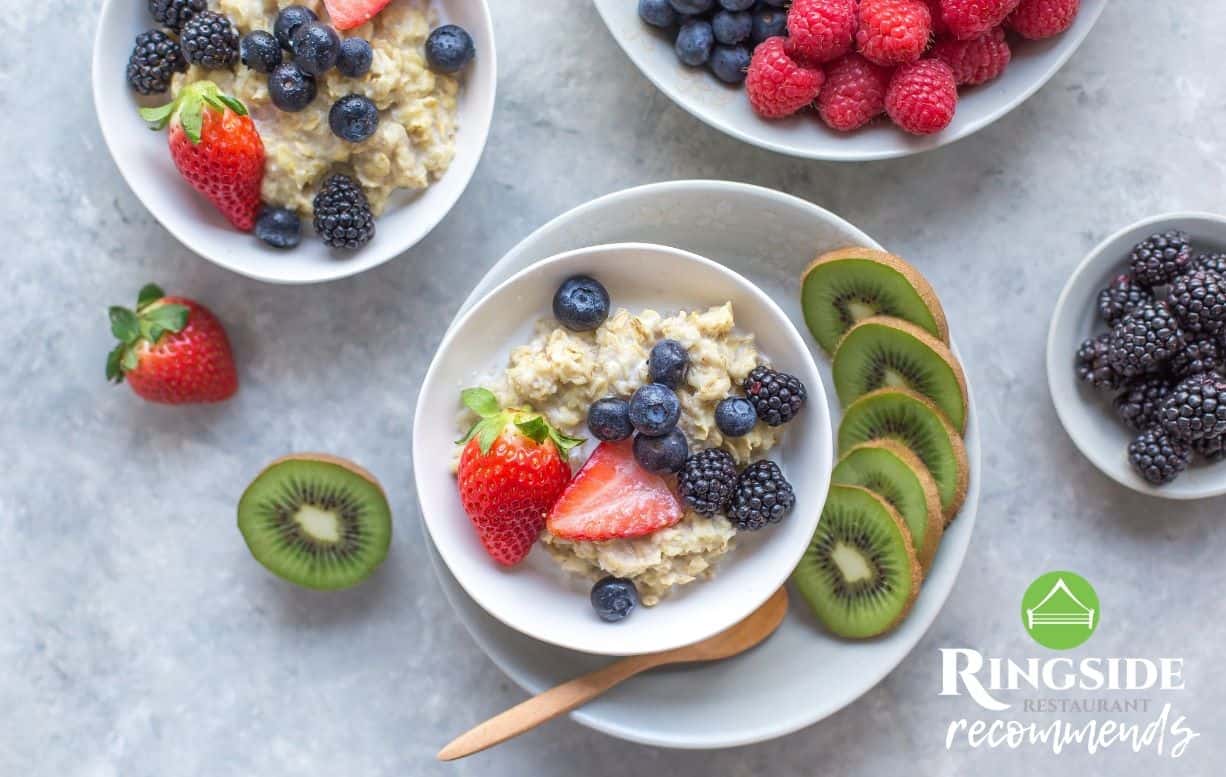 What’s not to love about oatmeal? It’s high in fibre loaded with antioxidants, and has tons of other nutrients stored away in it’s yummy goodness – and it’s a breakfast food meaning you don’t need to wait until lunch time to get your delicious n’ nutritious superfoods munch on. In fact, it’s so high in fibre, having oatmeal for your brekky will help you control your weight by reducing food cravings throughout the day. And the good-times don’t stop there, because this beautiful breakfast staple has been shown to help lower cholesterol levels, boost digestion, and even improve your metabolism. And it’s downright delicious with a handful of fresh blueberries, raspberries and bananas, or raisins and cranberries. Basically, if Oatmeal was running for office, it would probably do so wearing a red cap and the words ‘Make Breakfast Great Again’ on the front.

And there we have it: a shopping list of all the superfoods that will make you feel superhuman. And yummy superfoods at that. So the next time you’re out doing a cheeky little grocery shop, throw each of these into your basket, and then have a look online for some recipes you can sneak them into. Like we keep saying: it’s the first step in feeling healthy. Fact. 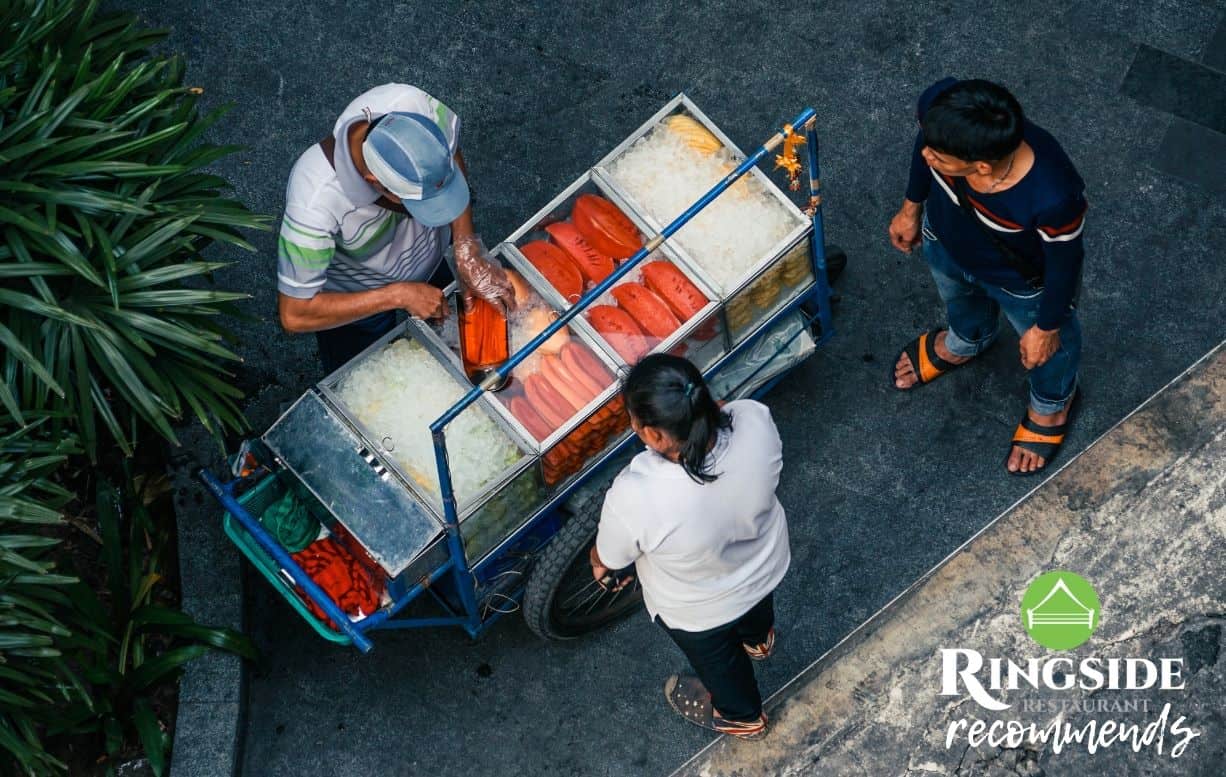 Our Muay Thai Training Camp: Everything you Need to Know

Planning a Trip to Thailand: A Month by Month Guide